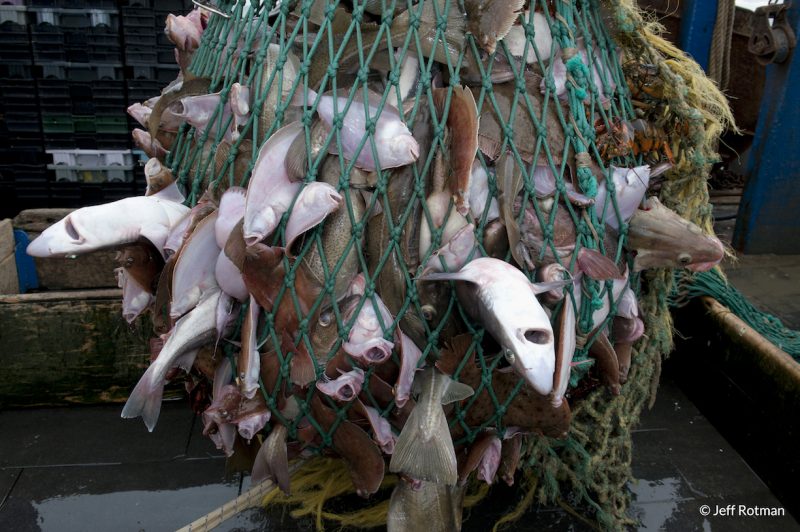 The catch of non-target fish and ocean wildlife, or “bycatch,” results in unnecessary waste and harm to sea life says Oceana Canada

A report released from Oceana Canada — Collateral damage: How to reduce bycatch in Canada’s commercial fisheries — reveals how poorly Canada is managing one of the biggest threats to our oceans.

The catch of non-target fish and ocean wildlife, or “bycatch,” results in unnecessary waste and harm to sea life. Fisheries and Oceans Canada has not taken the steps necessary to monitor or address this serious threat.

Up to 10.3 million tonnes of sea life is unintentionally caught each year around the world, captured in nets, lines and other gear. Some of this is kept and sold, or released safely; but far too much is put back in the ocean, either dead or dying.

In Canada, this includes endangered and threatened species like whales, turtles, sharks and fish. For example, an estimated 1,200 endangered loggerhead turtles are caught each year on pelagic long lines in the swordfish fishery.

Oceana Canada’s report revealed that there are big holes in Canadian data, that our regulatory approach is inadequate and that hundreds of species end up as bycatch. For example:

The north Atlantic Swordfish fishery discards approximately 44.8% of its catch, including threatened and endangered sharks and sea turtles, as well as dolphins and whales.

“What Canadians might not realize is that their ‘catch of the day’ may have impacted other, endangered species such as sea turtles or whales,” said Josh Laughren, Executive Director, Oceana Canada.

“The federal government does not accurately track bycatch in far too many of our fisheries, and the information that is available shows that it threatens the health and abundance of many of Canada’s marine species, including some of those most at risk.”

Canada has the longest coastline in the world and is a major fishing nation, but today, less than 25 per cent of our fisheries are considered healthy.

The report recommends that Fisheries and Oceans Canada release a national plan to:

Count everything that is caught in a fishery, including bycatch species;

Cap the amount of wasted catch in each fishery using science-based limits;

Protect endangered and threatened species so their populations can recover.

“The foundation is in place,” continues Laughren. “The government is restoring needed capacity in fisheries science and management and making more information available. With a greater commitment to monitoring and addressing bycatch, fish populations have a better chance of rebuilding in our lifetime.”

Oceana Canada was established in 2015 as an independent charity and is part of the largest international group dedicated solely to ocean conservation. Canada has the longest coastline in the world, with an ocean surface area of 7.1 million square kilometres, or 70 per cent of its landmass. Oceana Canada believes that we have an obligation to our country, and the world, to manage our natural resources responsibly and provide a sustainable source of protein for the world’s growing population.

Oceana Canada works with civil society, academics, fishers and government to return Canada’s formerly vibrant oceans to health and abundance. By restoring Canada’s oceans, we can strengthen our communities, reap greater economic and nutritional benefits, and protect our future. 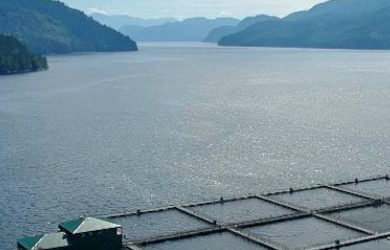 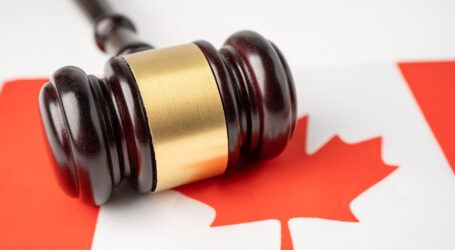 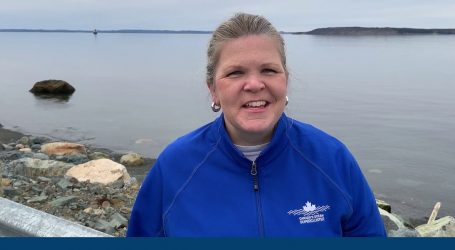