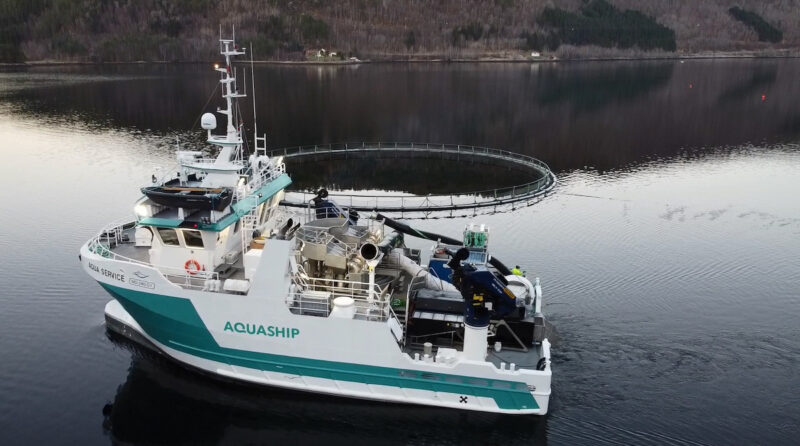 New high-tech vessel joins aquaculture armada in BC as the government is schooled on the role of innovation and technology in the Canadian aquaculture industry.

This month, another specially designed ship joins a small aquaculture armada that will take to the waters off British Columbia to combat  sea lice – a naturally occurring parasite found in most ocean waters.

The new $14 million SFI system commissioned by Cermaq, is the latest wave in an ocean of innovations being used by BC salmon farmers, who have developed a full suite of alternative, non-chemical sea lice prevention strategies and treatment options.

This has contributed to salmon farmers around the world to halve their antibiotic use over the last seven years with BC salmon farmers among the top performers with less than 5 percent of their farmed salmon requiring antibiotics during their lifetime, according to the Global Salmon Initiative (GSI).

“With the SFI, we continue our commitment to operational improvements by investing in technology and moving towards non-chemical treatments for sea lice,” said Cermaq Canada managing director, David Kiemele.

“No chemicals or medications are used for the treatment and the system captures all the removed lice and eggs for disposal on land, following the treatment. The system has an efficacy rate of about 90 per cent and the treatment time per fish is 0.2 seconds – which creates very little stress for the fish,” said Kiemele.

The key difference between the Salar and the SFI vessel is its mobility and portability.

“The SFI system is on a vessel that can move quickly to farms, which means our employees will be able to travel between sites without the use of a tug boat,” said Kiemele.

The other big two in British Columbia’s aquaculture industry – Mowi and Grieg Seafood –  have also spent tens of millions of dollars in sea vessels, well boats, Hydrolicers and barges, bringing new technology to improve their operations and boost the local economies of coastal communities.

Studies have shown that in B.C. regardless of the presence or absence of salmon farms, there is wide variability in sea lice prevalence in coastal locations. Research over the past decade shows lice levels are significantly linked with ocean conditions and variations in wild hosts.

According to the Department of Fisheries and Oceans (DFO) during most years, more than 90% of BC farm sites have been below the regulatory sea lice threshold during the wild salmon outmigration period.

Reacting to the recent unproven claims by anti-fish farm activists on Canada’s west coast that hazardous levels of naturally occurring parasitic sea lice in B.C. waters should necessitate the shutting down of the salmon farming industry, DFO said :“sea lice in British Columbia during the 2020 outmigration (March 1 to June 30) have been controlled, with no facilities violating licence conditions.”

Meanwhile, the Canadian Aquaculture Industry Alliance (CAIA) said that the recent decision to phase out salmon farms in the Discovery islands, pushed for by the anti-fish farming lobby at the expense of science, has had an immediate chilling effect on investments in technology and innovation.

In an open letter to Prime Minister Justin Trudeau, CAIA listed out the role of innovation and technology in the Canadian aquaculture industry.

• High resolution genetic selection. Analysis of the full Atlantic salmon genome now allows the use of high-resolution genomic tools for the selection of breeding stock with superior growth, quality, and disease resistance.

• Innovation in vaccines development. Vaccines have now been developed against many of the common bacterial and viral pathogens, and vaccination processes have been transitioning from manual to fully automated, making vaccinations safer, faster, and more accurate. Vaccination of all juvenile Canadian farmed salmon before transfer to the marine environment significantly reduces the potential of disease transfer to wild stocks. As the world is learning about the advances in mRNA vaccine technology and its role in fast development of COVID treatments, salmon farmers on the west coast have been using a DNA plasmid vaccine for more than 13 years.

• Stringent disease testing and on-farm health management. Ongoing disease testing prior to transfer to the marine environment ensures that only disease-free juvenile Canadian farmed salmon enter the ocean. Salmon farmers are also integrating underwater cameras into machine-learning applications that will allow the health status of tens of thousands of individual fish to be monitored on a daily basis, facilitating the detection and treatment of early-stage infections.

• Environmental monitoring: Salmon farm companies collect the most extensive data base set of Phytoplankton along with Environmental “real time” data sets. Machine learning and A.I. are now utilizing these data points to conduct predictive ocean trends. This becomes very useful as more data is required to understand the level of climate change and the potential impacts.

• Automated feeding systems: Canadian salmon farms already use automated feeding systems and underwater video camera monitoring – and are integrating machine learning software – to ensure that the amount of feed delivered to a pen does not exceed the appetite of the fish. This limits the buildup of waste feed on the ocean floor, supporting a healthy marine ecosystem. These systems also capture lice counts, health, biomass and inventory.

• Advanced monitoring of sea floor: Canadian salmon farmers are currently validating environmental DNA (eDNA) metabarcoding as a powerful new tool to complement existing sea floor monitoring technologies. The eDNA test will be the most sensitive and accurate way to ensure that farms are not permanently impacting marine species living on the sea floor near salmon farms.

• Advanced ship technology: Aquaculture designs and utilizes some of the world’s most advanced ships to support treatments, live hauling, mooring construction and harvesting. These vessels are employing and recruiting the highest educated mariners along with supporting the coasts supporting ship builders and maintenance ship yards. 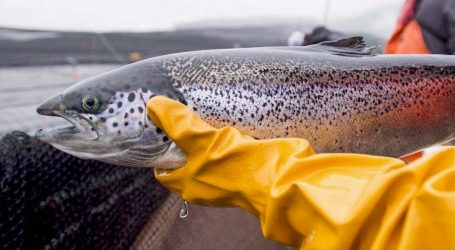 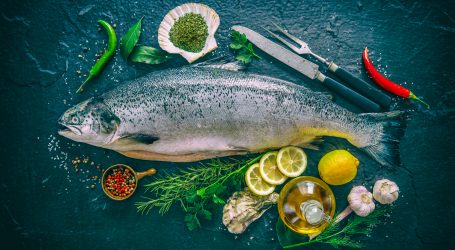 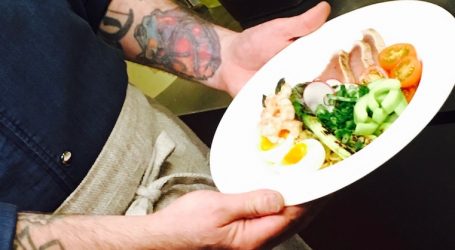