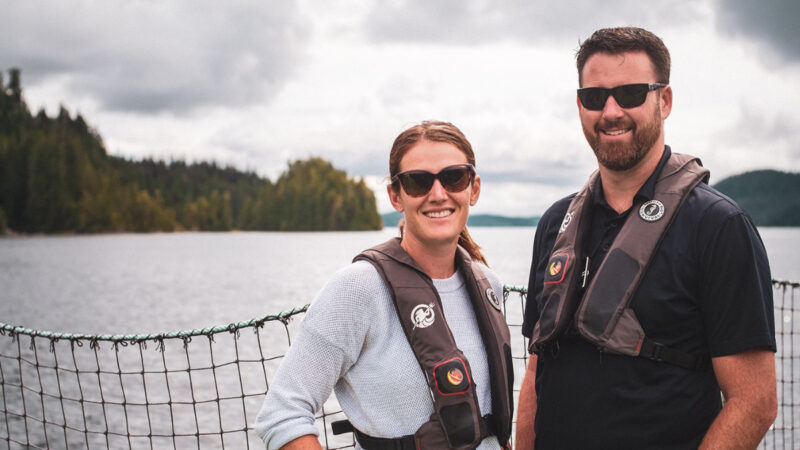 The investments through 2050 would create almost 10,000 new jobs and add a cumulative $44 billion in new economic activity to propel Canada’s Blue Economy, said the report by RIAS Inc., an independent economics consulting firm.

The report concludes that Ottawa and Victoria must provide a predicable policy approach towards salmon farming in BC for the planned investments to attain their targets.

“Developing salmon farms in Clio Channel (central BC coast) is a cornerstone for our Nation, another farm would be even better, and I wish this partnership happened earlier,” he said.

“Tla-o-qui-aht and Creative Salmon have come a long way with their relationship over the last 30 years. It hasn’t always been easy, but it’s always been important….We do not want to see salmon farming’s benefits disappear from our community,” he said.

“The traditional territories are of significant importance to us and we take who we allow to operate in our territory very seriously,” said Chief Roxanne Robinson of the Kitasoo/Xai’Xais Nation.

The Kitasoo/Xai’Xais began farming and processing salmon since the late 1980’s, forming a partnership for the business with Mowi in 1998 – the first agreement developed by a salmon farming company and a First Nation in British Columbia.

Today, 20 BC First Nations have partnership agreements for farming salmon in their territories resulting in 78% of all salmon farmed in the province falling under a beneficial partnership with a First Nation.

Depending on the magnitude of a potential second COVID-19 wave, Canada is expecting a $343.2 billion deficit with the economy expected to contract at least 6.8%. The provincial economy is also expected to shrink by 6.8% in BC, with many job losses coming from youth. In 2020, BC is expecting the largest deficit in history of $12.5 billion.

“Many of the regions where salmon farming operations play a significant role in supporting local vendors are in the northern and western regions of Vancouver Island that have been experiencing declines in employment,’ said George Hanson, President of Vancouver Island Economic Alliance (VIEA).

“This industry has tremendous potential to generate economic activity, jobs, investment, and regional growth as a key part of BC’s return to health and prosperity,” said Doug Blair, President of RIAS Inc.

“In terms of post-Covid recovery, my message to anyone who doesn’t live in a rural ocean-based community is that we depend on land and water-based industries, especially aquaculture,” said Dennis Dugas, mayor of Port Hardy.

“We want to see this industry grow, there is no reason why it shouldn’t. It is an industry that is sustainable for our indigenous communities, for us and for the coast,” he said.

Campbell River mayor Andrew Adams said his coastal city, known as the as the ‘Salmon Capital of the World’, has the opportunity to be a centre for aquaculture.

“For Campbell River a stable, sustainable fishery, and science-based growth in aquaculture, can continue to drive our economy and the significant advancements in our technology, manufacturing and processing sectors,” he said.

Matt Clarke, member of the Campbell River Independent Economic Taskforce and co-Founder of Poseidon Ocean Systems said the new economic report is promising and “gives us all optimism for the future.”

“It’s clear that salmon aquaculture can contribute immensely to the healthy recovery of North Vancouver Island. We need to come together to seize the opportunity,” said Clarke.

“The results of this report are very significant for the salmon farming community and for the province,” said John Paul Fraser, executive director of the BC Salmon Farmers Association, which sponsored the RIAS report.

“It means more jobs and higher economic benefits in BC which are especially needed now, as our province deals with unprecedented economic hardships.”

Fraser said the report also outlines immediate steps to address misinformation about the industry while boosting investor certainty, including a clear call to federal and provincial governments to establish an agreed-upon fact guide and to develop predictable public policy for the industry.

“With a certain future, BC’s salmon farmers are ready to invest in rural coastal communities, creating opportunity for generations to come,” he said.

Tim Kennedy, president and CEO of the Canadian Aquaculture Industry Alliance (CAIA) said that with the right government support and a collaborative and clear path forward, BC’s salmon farmers can drive leadership towards Canada’s goal of being a top three sustainable seafood producer in the world.

•          Many of these jobs are in rural coastal Indigenous and non-Indigenous communities on North Vancouver Island.

•          Over 80% of salmon farmed in BC is done in agreement with BC First Nations. Over the next 30 years, BC Salmon Farmers project that more than 50 additional agreements will be established.

Blue Revolution charts the future of seafood in Canada

‘Listen to us about aquaculture, forestry and tourism’ 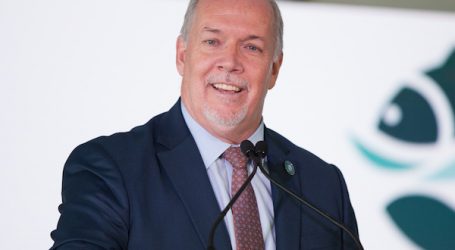 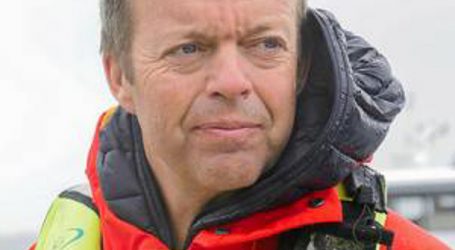