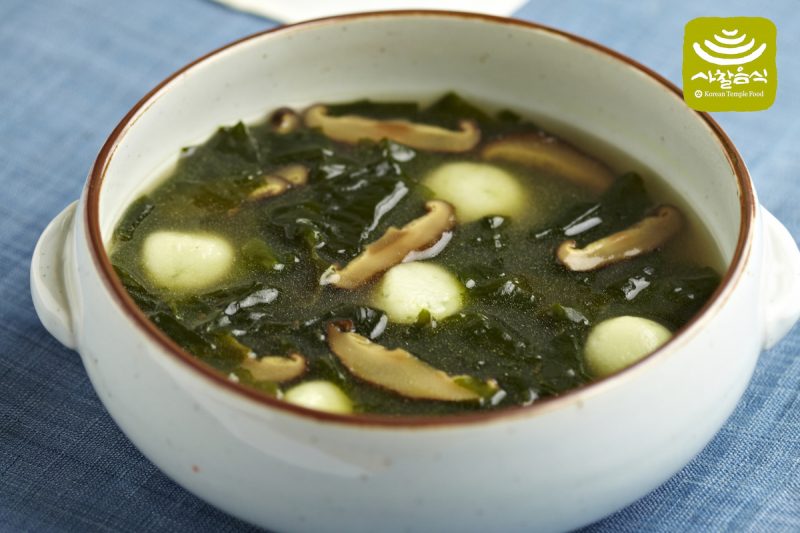 Seaweed is a key ingredient in Temple Food, which refers to the cuisine of Buddhist monks and nuns in Korea

Seaweed has been an integral part of the Korean diet for centuries.

It is used in soups, as snacks and garnishes while commanding the top food spot for new mothers in Korea.

Seaweed soup or Mi yuk guk is referred to as Korean birthday soup, and is among the first post-partum nourishment to help restore blood that the mother has lost during child birth. The super soup is rich in iodine and several vitamins.

Among other culinary creations using seaweed in Korea is Miyeok (sea mustard/wakame),  usually dried and cooked in soups, dried dasima for a light savoury broth, dried gim (nori), which is toasted and wrapped around freshly-steamed rice and Maesaengi jeon (savoury pancakes) or Maesaengi juk (rice porridge), which are common dishes in Korean households.

Given its rich history in Korean food culture, seaweed is also a key ingredient in Temple Food, which refers to the cuisine of Buddhist monks and nuns and is considered one of the ways to exercise the teachings of Buddha.

If you would like to get a taste and learn about Seaweed and Temple Food head over to the 2019 Seoul International Buddhism Expo (BEXPO), which will be held at the Seoul Trade Exhibition & Convention (SETEC) from November 14th to 17th.

Organisers said they are expecting over 70,000 local and foreign visitors, from across Asia, Europe and North America.

The event will feature conferences and speakers led by internationally renowned Buddhism experts – 417 booths and 327 exhibitors. Participants and visitors will come from Canada, USA, China, Taiwan, Thailand, Malaysia, Sri Lanka, and Myanmar, among other nations.

A taste of Temple Food with seaweed