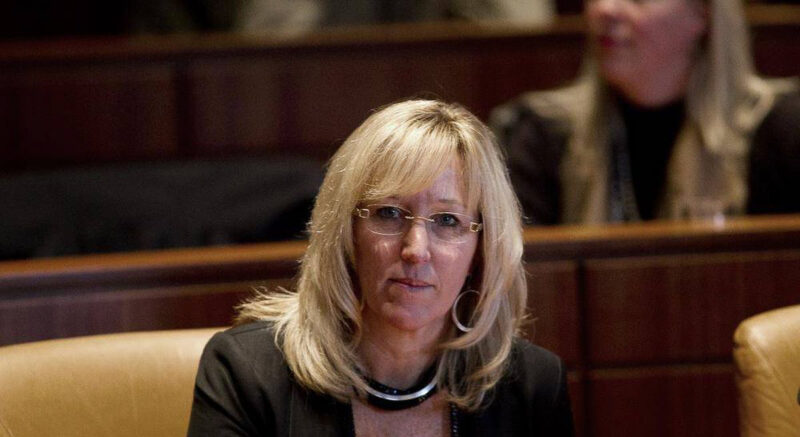 Her science is fishy. Her claims are baseless. But Dr. Kristi Miller-Saunders keeps accusing her colleagues of collusion with the aquaculture industry to suppress research.

Dr. Kristi Miller-Saunders, a federal fisheries scientist known for her anti-salmon farming stance, is once again accusing her colleagues, without evidence, that they are colluding with the aquaculture industry to suppress research.

Her most recent unproven claims published in the Globe and Mail, mirror her previous efforts to discredit her colleagues. Those claims were found to be baseless after independent inquiries that cost the taxpayers hundreds of thousands of dollars.

The Globe and Mail in publishing her allegations, did not make any references to her previous discredited accusations or the fact that she herself has participated in studies funded by BC’s salmon farmers, which she says leads to conflicts of interests.

In an interview with the paper Dr. Miller-Saunders embraces the central pillar of the anti-salmon farm activists in BC that any science that runs counter to their claims that ocean-based fish farms endanger wild stocks, should not be believed because it is bought and paid for by the aquaculture industry.

For the nine risk assessments, the sources included both international and Canadian experts –  including First Nations, ENGOs, academic and aquaculture industry experts – from a wide variety of disciplines. The conclusions were generated through the Canadian Science Advisory Secretariat (CSAS) peer-review process and represented the consensus of the scientific advice of the participants.

But this is not good enough for Dr. Miller-Saunders and the anti-salmon farm activists in British Columbia, who have influenced some First Nations leaders to cloak their claims in treaty rights.

Dr. Miller-Saunders said she is troubled that her colleagues at the  Department of Fisheries and Oceans (DFO) don’t see any problem with allowing industry to collaborate on research. She said she believes the aquaculture industry’s interest in participating in research is to influence how risks to salmon are handled.

Dr. Miller-Saunders makes no mention that she herself is working with the findings of the Gulf of Alaska expedition, which has been partly funded by the BC Salmon Farmers Association (BCSFA) to the tune of hundreds of thousands of dollars.

The Globe and Mail article also makes no reference to her previous claims of collusion with the industry, which were found to be baseless after an independent inquiry in 2018.

She then accused Dr. Gary Marty, the senior provincial fish pathologist at the Animal Health Centre (AHC) in Abbotsford, of potential conflict of interest because he had worked with a veterinarian from an aquaculture company on a scientific report.

Don Wright, then Deputy Minister to the Premier, who led the $100,000 review said: “I am satisfied that the Animal Health Centre operates with strong professional, scientific and ethical integrity. My review process found no evidence of “dubious data or conflict of interest.” Deloitte, which conducted the review said; “Our independent assessment of the AHC (Animal Health Centre) did not identify any evidence of financial or technical conflict of interest regarding the diagnostic activities of the AHC.”

In her latest attack on her colleagues, Dr. Miller-Saunders said a study that she concluded in 2012 into chinook salmon suffering jaundice and anemia in Tofino fish farms has not been published by DFO because of disputes between her and the corporate funder, which she claimed disagreed with her interpretation.

Creative Salmon, the Tofino-based aquaculture company that helped fund and support the jaundice study, said it’s not true that the company has prevented its publication. The company said it would like to see the study published, but disagreements between study authors about what role PRV played in jaundice has delayed publication.

Dr. Sonja Saksida and Dr. Gary Marty, two other authors of the study said Creative Salmon has nothing to do with the delay in publication. The delay is caused by a lack of consensus on how the data should be interpreted.

“According to widely accepted ethical standards for publishing scientific research papers, all authors must agree to the contents of the paper and be accountable for all aspects of the work. Publication of this study has been delayed because the authors do not yet agree on the contents of the manuscript,” the BC Ministry of Agriculture said in a statement.

DFO has also denied Dr. Miller-Saunders allegations of collusion telling SeaWestNews: “co-authors debate the issues until they come to a consensus and sometimes that takes time. This communication among researchers is a critical part of the development of scientific knowledge and ensures that the best research outcomes are achieved.”

In 2018, a study led by Dr. Miller-Saunders and Dr. Brian Riddell of the Pacific Salmon Foundation asserted that the Piscine Reovirus (PRV) is responsible for heart issues and jaundice in wild salmon.

That study, was made public by the Foundation in advance of publication within a scientific journal, which is not the normal practice, and for the benefit of the anti-salmon farming lobby groups in BC.

It was immediately savaged by a range of fisheries and aquaculture experts who said  the study was more about activism against fish farms than real science.

DFO said PRV has long been present in wild salmon in Pacific Northwest waters and all experimental exposures of the BC strain of PRV to Pacific and Atlantic salmon in BC have failed to induce disease or mortality. This suggests PRV in BC has a low ability to cause disease.

A federal fisheries scientist who works alongside Dr. Miller-Saunders urged her to be more respectful of her colleagues and the scientific process used by DFO, following the publication of her latest allegations in The Globe and Mail.

“Wild rhetoric about aquaculture does nothing to save wild salmon,” he told SeaWestNews.

(Image of Dr. Kristi Miller-Saunders testifying at the Cohen Commission which concluded that “data presented during this inquiry did not show that salmon farms were having a significant negative impact on Fraser River sockeye.”)

RELATED : A deeper dive into salmon farming in BC 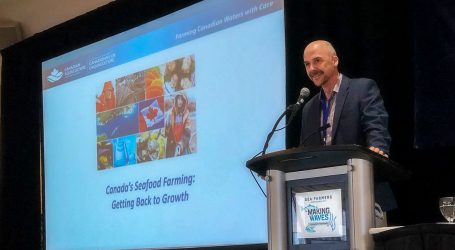 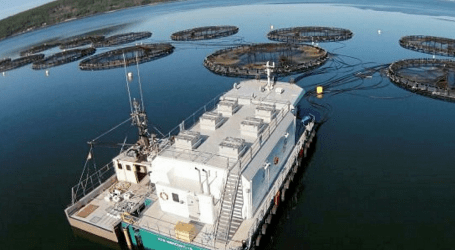 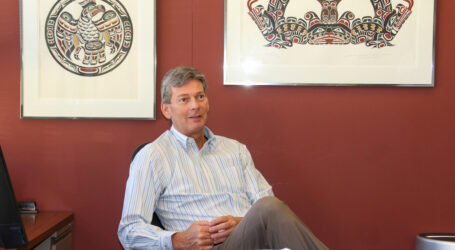