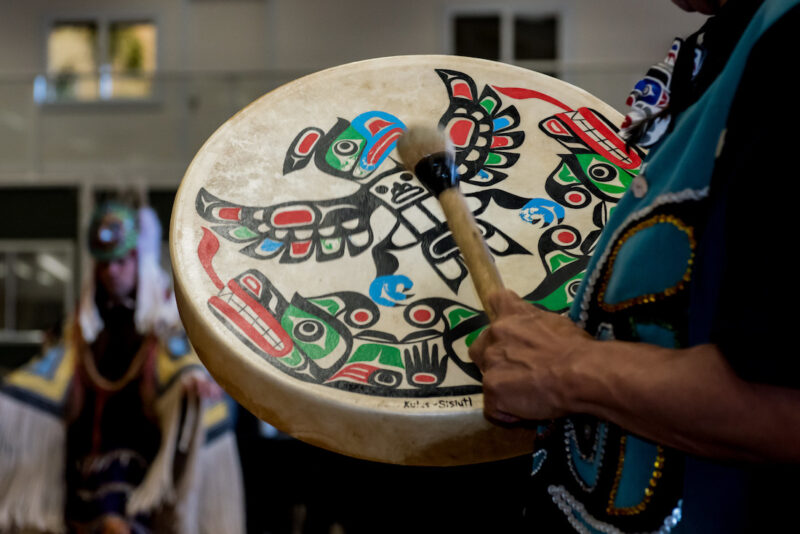 The ancient tongues of many BC First Nations support scientific conclusions that state wild salmon returns vary on cycles and have nothing to do with aquaculture or salmon farms.

Some First Nations leaders, influenced by activists, are claiming that the waters in their traditional territories were always full of salmon before the advent of ocean-based net pens in British Columbia.

That is simply not true.

Firstly because there have been record runs of salmon in traditional territories since fish farming began some 35 years ago in the Western seas of Canada.

More importantly, the ancient tongues of many First Nations actually support the voluminous scientific conclusions that salmon stocks vary not only year to year, but also on decades-long time cycles.

“If we have a name for it, it means this has been happening for thousands of years and it has nothing to do with salmon farming,” Sewid said.

The traditional language of his Broughton-based First Nation refer to the natural phenomenon of low salmon returns in some years as Wayum’gallis or ‘the salmon not returning’.

It is a linguistic record, handed down over thousands of years, that is in direct contradiction to the claims that salmon was always abundant before fish farms were set up in BC.

Here are some other ancient First Nation references to fluctuating salmon returns, according to Firstvoices.com, a suite of web-based tools and services designed to support Indigenous people engaged in language archiving, language teaching and culture revitalization;

While the polarising debate over salmon farming shows no sign of letting up, especially because the anti-fish farm activists won’t believe any science that is not aligned with their agendas, one thing is clear – the application of indigenous knowledge is vital for the conservation of wild salmon.

The anti-fish farm activists and the First Nations leaders who support them, need to reach into Indigenous knowledge of the past, to better understand what is happening to our salmon in the present, and chart a sustainable future that is both wild and farmed.