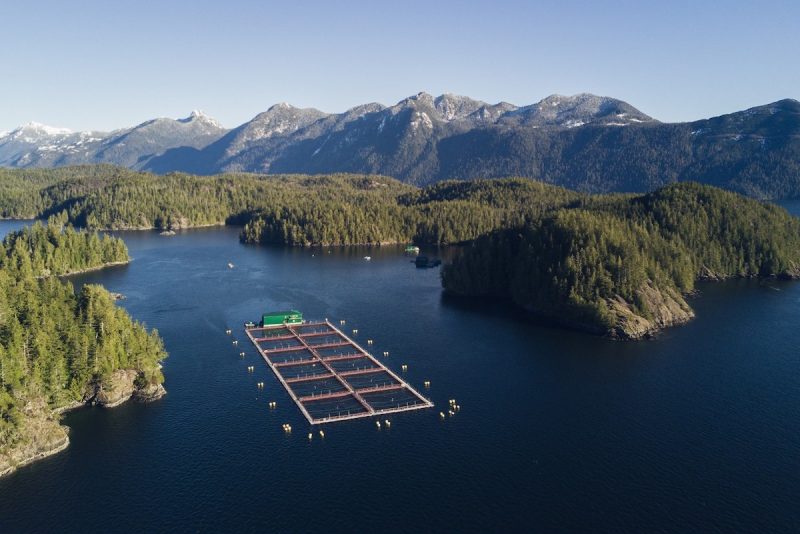 Canadian politicians have become victims of science-deficit activism, while countries around the world expand their aquaculture operations

As Canada dithers about growing salmon in the seas, countries around the world are increasing ocean-based aquaculture production for long-term sustainable food and nutrient security.

From China to India, Iceland to America and across Europe, governments are working with industry, conservationists and coastal communities to boost sustainable aquaculture as the United Nations keeps warning that over 90% of fisheries in the world are either fully exploited or overexploited.

According to the Food and Agriculture Organization (FAO) of the United Nations, the expected growth in demand for fish and fish products needs to be largely met from aquaculture.

In Canada, however, the newly-minted Liberal minority government has fallen prey to a coalition of activists based in urban centres, to declare that it will transition salmon farming in British Columbia out of the oceans and into closed containment systems by 2025.

Global aquaculture experts, scientists and the industry have labelled this move as unrealistic, reckless and destructive because growing the global supply of salmon on land would require the same amount of energy per year needed to power a city of 1.2 million people and contribute to higher CO2 emissions.

“This (The Liberal pledge) is a reckless policy, not grounded in science, and it will threaten good middle-class jobs across Canada,” said Timothy Kennedy, President & CEO of the Canadian Aquaculture Industry Alliance.

“There is no evidence that B.C. salmon farms are harming wild salmon populations…No other nation has proposed this requirement of their salmon production.”

Here is some of what is happening around in the world of aquaculture;

The Scottish salmon sector has the backing of all the parties in the Scottish parliament, following the two inquiries held into the industry last year. The opportunities for growth are only limited by capacity and the continuing drive for sustainability, according to Fergus Ewing, Scotland’s Rural Economy minister

“Aquaculture is vital to our rural economy, generating more than £620 million of added value to the Scottish economy every year, and supporting thousands of jobs in some of our most fragile coastal communities…So it is essential that we support our aquaculture sector and its sustainable growth, to ensure that economic opportunities are maximised, whilst ensuring the highest standards of animal welfare and environmental protection,” he states.

AFRICA, THE CARRIBEAN, THE PACIFIC

The EU, the African, Caribbean and Pacific Group of States (ACP) and the Food and Agriculture Organization of the United Nations (FAO) just signed a €40 million, five-year programme to boost the development of sustainable fisheries and aquaculture in Africa, the Caribbean and the Pacific.

European Commissioner for Maritime Affairs and Fisheries, Karmenu Vella, said, “The focus on all three aspects of sustainability – the economic, the environmental and the social – sets this programme apart. It will enable us to strike a balance between production and protection, to contribute towards fair income distribution; to promote decent working conditions, sound fisheries management and social inclusiveness; and to champion sustainable aquaculture practices.”

Fisheries and aquaculture in most of the 79 ACP countries have grown significantly over the last 20 years.

Of the 28 countries making up the E.U., the United Kingdom, France, Greece, Italy, and Spain accounts for around 75 percent of aquaculture production.

“It is an industry that creates economic growth, employment and economic stability, especially in rural areas and along coastal areas,” Vella said.

The EU aquaculture sector is made up of around 12,500 companies, which are mostly micro-businesses employing less than 10 employees. The total number of employees was 73,000 in 2016, a figure that has remained stable for several years.

Overall, the value of aquaculture production in the E.U. is predicted to increase from EUR 2.85 billion (USD 3.25 billion) in 2013 to EUR 4.09 billion (USD 4.66 billion) by the end of 2025. Countries predicted to experience the largest increase in value through their national programs include Belgium (156 percent) Herzegovinian (132 percent), Ireland (122 percent), and Lithuania (111 percent).

China has become the fastest-growing market for salmon in the world, with numbers indicating it has grown a whopping 166 percent in the last eight years. If China’s consumption of salmon continues to grow, it will rapidly become the most dominant market for Atlantic salmon by a wide margin by 2030, when seafood consumption per capita is expected to increase by 50 percent. Ultimately it is projected that China will demand 70 percent of the worldwide Atlantic salmon supply. Offshore aquaculture installations have become increasingly popular in China as coastal regions shift fish farms out of environmentally challenged on-land sites. The offshore platforms are also proving popular in one city for another economic driver – tourism, reports Undercurrent News. Tourists visiting aquaculture farms off the coast of Rongcheng in Shandong Province pay to take boat rides out to distinctive yellow platforms where fish are being raised in deep-water facilities. The visitors can feed the fish, and for a premium, can go fishing themselves.  The local Ocean and Fisheries Bureau in Rongcheng claims the “leisure fishing” side of the industry was worth CNY 2.5 billion (USD 372.3 million, EUR 329.8 million) to the city in 2018, with the figure incorporating cash spent and incomes generated locally.

Vietnam has announced plans to substantially increase the size of its marine aquaculture sector production to 710,000 tonnes by 2020 – an increase of 65 percent compared to 2018 levels.

The country plans to increase annual marine aquaculture production to 710,000 tonnes by 2020 – an increase of 65 percent compared to 2018 levels. By 2030 it aims to expand to 1.75 million tonnes, from an area covering 300,000 hectares, including 30,000 hectares of offshore production. In terms of value, Vietnam believes that exports from the sector will be worth US$4 to US$ 6 billion.

India’s Finance Minister, Nirmala Sitharaman, has announced plans to boost the country’s burgeoning aquaculture sector by providing appropriate policy, marketing and infrastructure support. According to Moneycontrol News, the Indian government set up a multi-million dollar special Fisheries and Aquaculture Infrastructure Development Fund (FIDF) last year and it has set a target to increase the country’s seafood production to 15 million tonnes by 2020, and 20 million tonnes by 2022-23. During 2018-19, India exported 14,37,445 tonnes of seafood worth US$6.8 billion in an industry that sustains more than 40.5 million people.

The United States is the major market followed by the European Union, Southeast Asia, China and Japan. India’s Vice President M. Venkaiah Naidu has described aquaculture as the “best alternative for reinforcing the fish sector”.

Aquaculture has enabled over two million Bangladeshis to escape poverty between 2000 and 2010, states a new study by the International Food Policy Research Institute (IFPRI). Of the 18 million Bangladeshis who escaped poverty in 2000-2010, more than two million of them managed to do so because of aquaculture, it said. The study said increasing aquaculture investment and productivity in Bangladesh could lead to an overall increase in production of as much as 120% in 2030. “Contrary to assumptions that nutrient-rich foods will remain out of reach for the poor, the story of fish aquaculture in Bangladesh shows how nutrient rich food can become more widely available for all,” states Shahidur Rashid, IFPRI Director for South Asia.

The United Nations FAO states the market in Southeast Asia is ready for large-scale fish production in its open seas and labels the region as a “hub” for the quantity and potential of marine aquaculture. One large-scale offshore plan in the making is a $24 million project in Cambodia proposed by the Norwegian firm Vitamar. It can start to produce 3,000 tons of fish within seven to eight years and kickstart offshore aquaculture in Cambodia. Indonesia has been touted as a future hotspot for open-sea fish farms in Southeast Asia, with its vast coastlines and relatively stable wind conditions. Within the last ten years, the country has developed marine aquaculture as a ‘blue economy’. Indonesia has been working on pilot projects with foreign companies. In Malaysia, traditional fishers are being urged by their government to take up fish farming to protect their future and save depleting wild fish stocks at the same time. Malaysia’s aquaculture industry is highly profitable, producing 427,022 tonnes of seafood, worth more than £580 million a year. The country is now the world’s 15th largest producer of farmed seafood. But conventional fishing, at almost 1.5 million tonnes a year, is putting huge pressure on wild stocks. State governments are helping by giving fishermen temporary occupation licences to kick start their aquaculture projects.

America’s top seafood experts are calling for an expansion of ocean farming, testifying at a recent U.S. Senate inquiry that the country needs to tap its significant untapped potential to expand sustainable marine aquaculture. The hearing – “Feeding America: Making Sustainable Offshore Aquaculture a Reality” – is part of a push for streamlining offshore aquaculture regulations in the US by Senator Roger Wicker, chairman of the Committee on Commerce, Science and Transportation. Dr. Paul Doremus, the Deputy Assistant Administrator for Operations within the National Oceanic and Atmospheric Administration’s (NOAA) National Marine Fisheries Service (NMFS) in the U.S. Department of Commerce, said the U.S. currently imports at least 85% of its seafood, about half from aquaculture in other countries.

“Stated simply, responsible aquaculture is good for the economy, good for our communities, and good for the planet,” he said.

Senator Wicker, a Mississippi Republican, is expected to re-introduce proposed legislation, to ease the process by which companies get permission to place net pens in federal waters.

A massive new aquaculture breeding and hatchery centre has opened for business in the west of Iceland, on a remote fjord more than 250 miles from the capital Reykjavik. The £25 million facility covers 10,000 square metres near the small fishing harbour of Tálknafjörður, where a company is currently engaged in a major expansion of its salmon farming operations. Iceland’s fisheries minister Kristján Þór Júlíusson has also appointed a special consultation committee designed to advise the government on aquaculture issues. The country plans a five-fold expansion in open net fish farms with a parliamentary bill that is expected to extend farm licenses from 10 to 16 years.

Russia is experiencing a boom in aquaculture and is seeking to increase its farmed seafood almost threefold, to 700,000 metric tons (MT) through 2030. The share of salmon in Russia’s aquaculture is set to rise to over a third (37%), according to development plans for the sector drawn up by the government. Russia’s federal government has allocated funds to help businesses ease the burden of loans for purchase of modern equipment, feed, or investment into building production capacity. Through 2030, Russia is expected to produce 700,000 MT of farmed seafood a year, according to head of the Federal Agency for Fisheries, Ilya Shestakov.

A surge in the sales of both farmed Atlantic salmon and rainbow trout helped Norway record its best ever six-month period for seafood exports. Farmed salmon is Norway’s third largest export behind crude petroleum and natural gas. The country is now looking at installing new remote-controlled fish pen to meet the growing demand for salmon and at the same time reduce the cost of feed and mortalities that result from sea lice. Initial testing of the first pen will happen in 2020 off the coast of Troms, after which the pens are expected to be moved further out to sea. 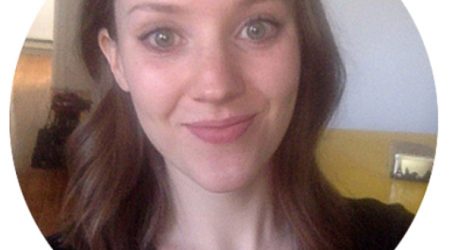 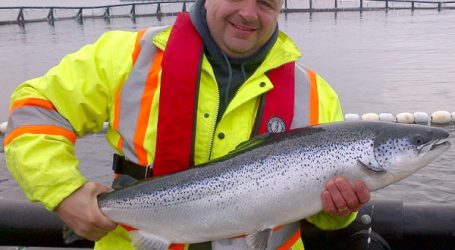 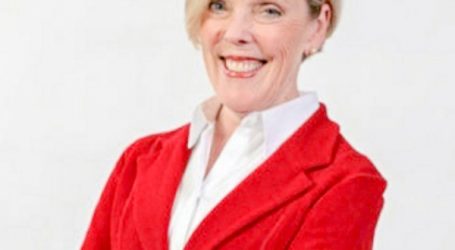