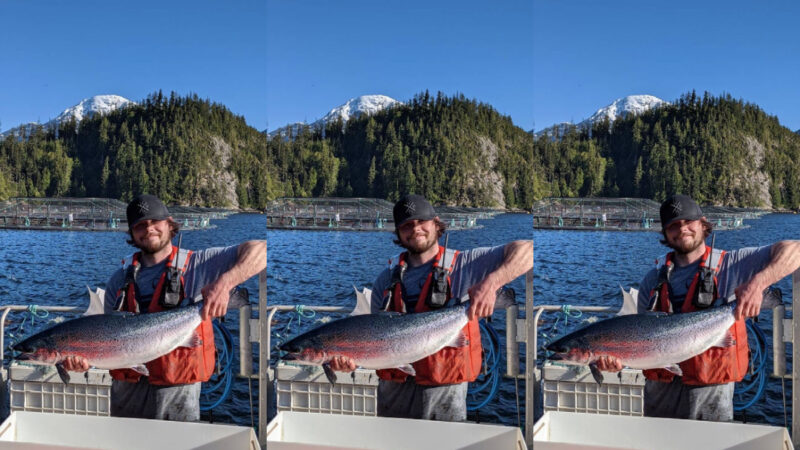 “Not only do the aquaculture companies provide sustainable proteins, they also use their dollars to put back into the communities for salmon rehabilitation and other charitable donations to keep the communities thriving and well.”

The newly unveiled Youth Council of the BC Salmon Farmers Association (BCSFA) is all about greening forward for sustainable aquaculture to feed Canada and the world. This strong group of young individuals, who are already making waves in aquaculture, will act as advisors for concepts brought forth by salmon farmers and as seafood ambassadors for BC. Over the next few months, SeaWestNews in a special series of Q and A presentations, will explore how members of BCSFA’s Youth Council play a role in British Columbia’s Blue Revolution.

“I am Vancouver Island born and raised. I grew up mainly in Campbell River and growing up in a small community was very easy…families knew each other and kids were allowed to roam around in wild nature. We have beautiful forests, rivers, lakes, and best of all the pacific ocean at our fingertips…I grew up playing in the forest just behind my house and on the beaches just down the road. That is something that stays with me as I move forward in life…to keep in touch with my own back yard no matter where I end up.”

Where was your first grown-up job?

“After my high school graduation, I moved to Quadra Island to work at a processing plant, Walcan Seafood Ltd, which is a wholesale seafood distribution company. At Walcan I had started working with 8 friends and didn’t realize it at the time, but that was when I started my first few steps into the aquaculture industry. I worked most if not all the jobs Walcan had to offer at an employee level and landed myself on the docks for a majority of the time I spent there.”

Have you always worked in the aquaculture industry?

“No, after two and a half years at Walcan, I made a move to Alberta to work in the oil & gas industry. When the industry crashed in 2015 it made me realise that I was only there for the money. So, it wasn’t hard to leave Alberta and return home.”

“Coming home to Vancouver Island in 2015 was great! I had gained even more appreciation for my home, while living away in Alberta. Crossing the Strait of Georgia after so many years had me lusting to work on, or near the ocean again.”

Was a career in the aquaculture industry your first choice?

“Yes, based on my previous work in the salmon processing plant, offloading mainly Atlantic salmon, I had begun to think about working my way to raising the salmon I used to process all those years before.”

Do you feel like you have made the right career choice?

“Absolutely. It always felt good working in an industry that feeds people across the globe so this career choice made a lot of sense. The ocean, sustainability, feeding people, and the innovative industry just makes sense for anyone that has passion for society and the environment. What we do for a living matters.”

What do you think are the most crucial issues facing salmon farming in BC?

“Issues that we are facing today are mainly on the political side of the industry. The environmental NGO’s that target aquaculture, there is this consistent mistruths and myths that are being spread across social media platforms…and lack of communication are also issues we face.”

Can you expand on that?

“Well, we have 6000 people working for or indirectly with the aquaculture industry but there is a lack of people asking and listening or believing us, who are the very people that work in the industries that they slander. Aquaculture is still very new in the grand scheme of industries and as the world continues to turn and grow in population issues in the political side of things will come and go as we continue to produce sustainable proteins for the years to come.”

“I believe the future of wild salmon on the coast relies on the aquaculture industry taking the pressures off. Commercial fisheries would have completely collapsed and I believe we would have seen the last of the west coast salmon runs without the aquaculture industry. Not only do the aquaculture companies provide sustainable proteins, they also use their dollars to put back into the communities for salmon rehabilitation and other charitable donations to keep the communities thriving and well. The future of both salmon farms and wild salmon depend on the future certainties of operations.”

What is your favourite seafood dish, and why do you like it?

“My favourite seafood dish at the moment has to be the God of Fire roll at Sushi Wara in Comox. It is topped with a tasty slab of Atlantic Salmon and I could probably eat 2 entire rolls myself. Fish tacos from Tacofino are always number one in my heart as well.” 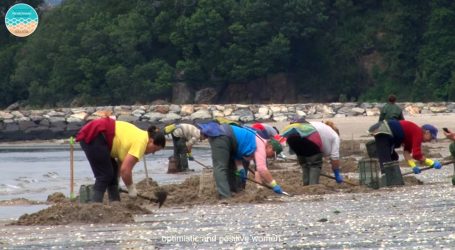 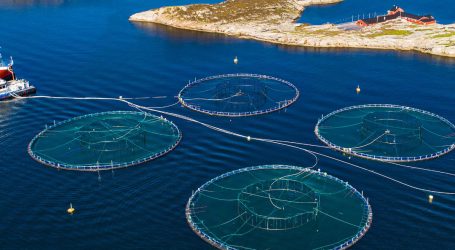 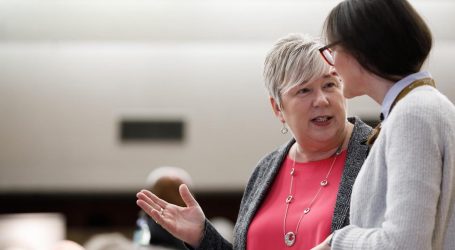