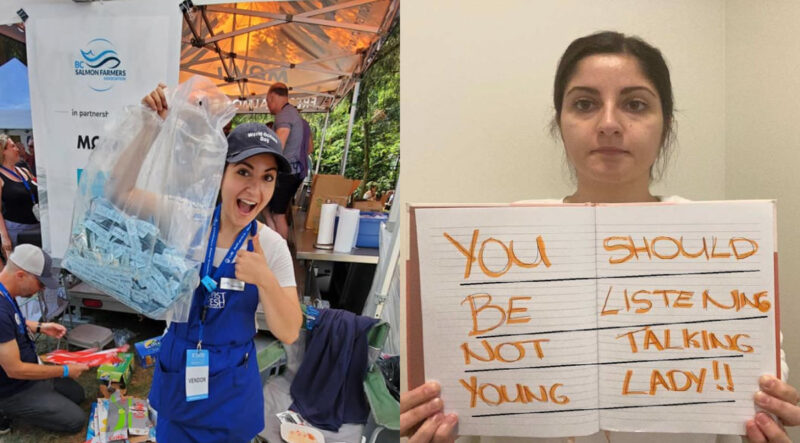 Why are those with the least knowledge of aquaculture making the most noise about salmon farms and bullying women in the industry?

The old adage that empty vessels make the most noise seems to be a cherished value of anti-aquaculture activists, who are whipping up negative sentiments about salmon farmers in Canada.

Over the years, researchers on both coasts say the wild claims by the activists have oversimplified complex aquaculture issues resulting in a fog of competing politicized agendas, contested science and misinformation.

“The net effect has been to create and perpetuate a climate of public scepticism and opposition that has spilled over into the political realm,” states one study by researchers from the University of Victoria and the University of New Brunswick.

More recently, a consumer study of 2,500 randomly selected people in Europe, found that young British men have more negative attitudes towards aquaculture, and are also among those with the least knowledge of the subject.

The consumer study is part of the project called FutureEUAqua, to increase the knowledge and awareness of how seafood production takes place, especially fish farming.

Here on Canada’s west coast, the epicentre of the great salmon farming debate, the ignorance about aquaculture has led to an arrogance by activists and more troublingly, bullying against those who support the industry and the science around it.

The activist’s manifesto has a central creed which denounces any science that runs counter to their unsubstantiated claims that fish farms in BC negatively impact wild stocks.

This includes nine recent peer-reviewed scientific studies, which were cast aside, when Federal Fisheries Minister Bernadette Jordan opted for ‘social licence’ to order the ouster of fish farms in the Discovery Islands within 18-months.

These farms had been operating for the past 35 years with little risk to the wild fish migrating through the area, said the scientists and even Jordan’s deputy minister.

Minister Jordan, who was previously accused by the activists, for running a “criminal organisation” within the Department of Fisheries and Oceans in cahoots with the fish farmers, is now being hailed as “brave”.

Those that questioned the decision based on their knowledge, experience and science, have become targets of digital bullies, who fear that reasoned arguments may trigger a rethink of the Discovery Islands decision.

Among those targeted are the women in BC’s aquaculture industry, who have been victimised on the activists social media channels with comments like “Enemy of our natural resources”, “Lock her up”, “Better a sister in a brothel than a brother on a salmon farm” and “She’s cute. She will land on her feet.”

“We know salmon farming is divisive, but we don’t deserve to be talked to like this,” Grieg Seafood’s Katie Maximick told IntraFish.

“We don’t deserve to have our looks judged, our career choices judged, to be talked down to.”

She and a group of 70 other women working in British Columbia’s salmon farming industry have identified an escalating campaign of bullying following the Discovery Islands decision.

This week, we at SeaWestNews, became the target after a podcast featuring an activist who was promoting her book.

The podcast went online after SeaWestNews broke two stories on the Discovery islands decision – one related to the Federal court snubbing First Nations in an ongoing judicial review of Minister Jordan’s order, and another about her deputy minister’s memo urging for a more coordinated approach to phase out the fish farms.

The central theme of the podcast was to cast aspersions on SeaWestNews as a propaganda vehicle for salmon farmers, while promoting the activist’s book.

And like always, there was no challenge to the facts in SeaWestNews’ reporting. It was meant to kill the message by killing the messenger.

This podcast, promoted on the activists social media channels, has led to personal attacks and a call to hackers to disrupt SeaWestNews’ digital operations.

“Shite industry”, “Get them out”, “Foreign companies destroying our oceans” are some of the comments that display a breath-taking shallowness of knowledge about aquaculture operations in BC.

The podcast never challenged the claims of the activist.

Ian Roberts, director of communications for Mowi, in a recent op-ed pointed to elements in a compliant media that will not hold truth to the anti-fish farm activists.

“In today’s world where we most often communicate via social media, journalists have turned to social channels to find news, secure sources and undoubtedly create a story and headline based on the tonality of the social thread.

“Journalists will therefore be presented with social media that is often void of voices that support fisheries and aquaculture — but not because we didn’t try. The result: many news stories that take aim at our business of salmon farming have concerningly lacked the voice of a salmon farmer, leaving us to chase to have our perspective included.

“Over the years the trickle of activist-led headlines about salmon farming in British Columbia — ranging from non-existent fish viruses to false prophecies of wild salmon extinction — have slowly eroded public confidence in our business. And we’ve now clearly seen how these attack campaigns affect government decisions about our business,” wrote Roberts.

There is no doubt that this recent increase in bullying and negative headlines about aquaculture is inherited from the anti-fish farm activists, who provide a podium for their following by keeping them in the dark about modern-day sustainable salmon farming in BC.

The result could deprive the world of a healthy source of protein at affordable prices, despite the global unanimity that aquaculture is the go-to method for sustainable fish production to prevent the total ecological collapse of the planet’s fisheries.

While all of us need to get involved in decisions about how and where our food is produced, we need look past the spin, hype and controversy and inform ourselves as best we can with science and fact, not myths and fears.

In an era where food security dominates the pandemic conversation, it’s just sad to see cyber-bullies and a media that refuses to hold truth to activists, have sway over the future of both wild and farmed salmon in BC.

Main Image of Michelle Franze, co-founder and director of the BC Salmon Farmers Association Youth Council holding up a sign with one of the social media comments on her feed. 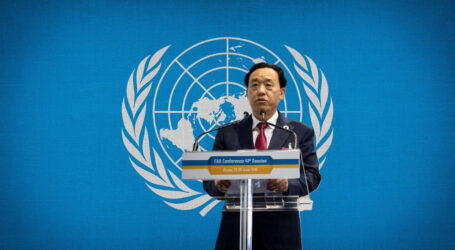 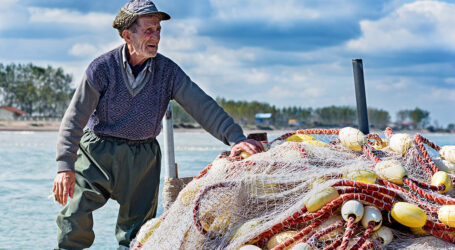 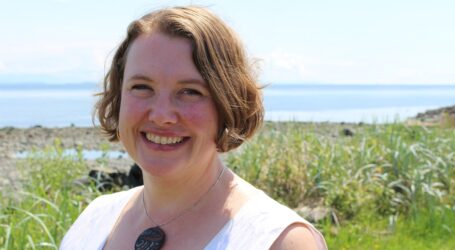