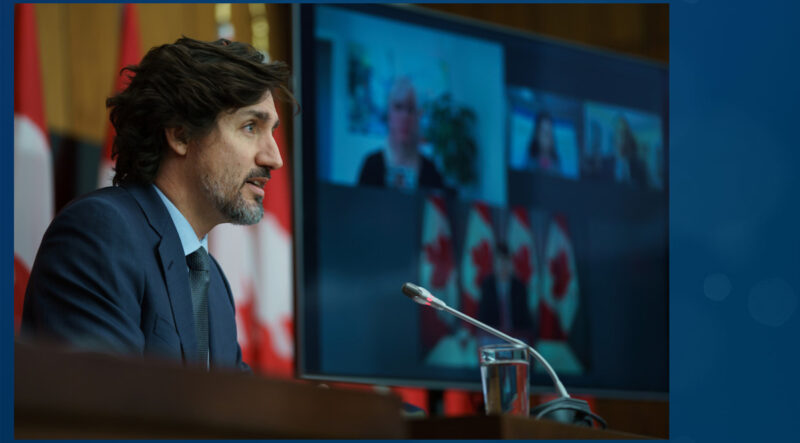 When it comes to aquaculture, especially salmon farming, Prime Minister Justin Trudeau is speaking out of both sides of his mouth with a Green New Deal

Prime Minister Justin Trudeau is gearing up for an election with lofty policy promises about a Green New Deal that will cool down our planet, cut greenhouse gases and make Canada an agri-food superpower.

Great stuff, except the political talk is coming out from both sides of his mouth.

You can hear the doublespeak, when you view the priority resolutions of the Liberal’s Green New Deal platform, through the salmon farming lens.

Here on Canada’s West Coast, where anti-fish farm activism has shaped much of the Liberals’ outlook on aquaculture, the radical mantra is to replace growing salmon in their natural ocean environment with an industry that grows fish in land-based tanks.

The concept to grow salmon to market size on land is in its infancy, fraught with challenges and has not been done anywhere successfully on a commercial scale.

In B.C. and around the world, there have been many failed attempts to grow either Pacific or Atlantic salmon in land-based recirculating aquaculture systems (RAS) over the past 20 years.

Earlier this month,   Florida-based Atlantic Sapphire  , the go-to example for those wanting to grow fish on land, suffered a mass mortality, proving yet again that the technology needs a lot more work. It was the company’s 4th such incident and prompted a management change, triggered an investor flight and left the company unable to meet its targets.

Which brings us to the question, can land-based salmon farms replace the current BC production of 87,000 tonnes of farmed salmon annually, while attaining the goals of Trudeau’s Green New Deal.

“No, not in the immediate future…maybe at some point but nobody knows for sure,” said Doug Blair, a veteran economist with RIAS Inc., who specialises in helping industries deal with the many challenges that arise from government policy.

Trudeau’s new carbon tax, which came into effect on April 1 has already increased by 33%, everything from heating your home, what you eat and driving to work.

Using government numbers, Blair said given that land-based RAS operations use more than 12 times as much energy per tonne of production than net-pen systems, the annual costs to produce all farmed salmon in land-based RAS systems in BC under the new carbon tax regime would increase by more than $5 million as of April 1.

“If Ottawa sticks to its plan to increase the carbon tax to $170/tonne by 2030, then the costs to move all salmon farming to land-based closed containment in BC will increase by about $22 million,” he told SeaWestNews.

“I am not confident the consumer is going to pay a premium for land-grown salmon,” said Blair.

Terry Brooks, a veteran fish farmer in BC, has shared this non-confidence.

After trying to make a go of it for eight years, Brooks shut down his land-based Coho salmon farm last year, because of the high energy and water costs.

He now has a successful Sablefish operation that has a hatchery on Salt Spring island with ocean farms in Kyuquot Sound on Vancouver’s Island’s west coast.

“You can’t be sustainable if you are not profitable,” said Steve Atkinson, who has been growing fish on land on a smaller scale for almost two decades.

Atkinson believes land-based salmon farming on a small to medium scale has a future in B.C. as a complement to ocean farming, not a replacement.

“The anti-fish farm activism in BC is to displace open-net cage salmon aquaculture. They are largely driven and financed by NGOs. I want to build a new industry, not displace an old one,” he told SeaWestNews.

“The technology to replace ocean-based salmon farms to land based operations on a large scale is years away…nobody is doing it successfully on a large scale…the people behind the mega land-based farms are mostly about raising money, not raising fish.”

Several other studies, from government, industry and scientists have also shown that growing fish on land to market size will impact climate change, at a greater pace.

The Trudeau-led Liberals also want to achieve net-zero Greenhouse Gas (GHG) emissions by 2050 as part of their Green New Deal.

Here again, there is a foggy focus.

Should British Columbia succumb to the demands of anti-fish farm activists to move all ocean-based salmon farms to land based operations, the province will see a whopping increase of 22,881,000 kilograms of Greenhouse Gas (GhG) emissions.

Extrapolated globally, current estimates show that some two billion kg of salmon grown on land-based farms would produce 526 billion kg of GhG emissions. Growing the global supply of salmon on land would require the same amount of energy per year needed to power a city of 1.2 million people and contribute to higher CO2 emissions.

In Canada, the transfer of the current aquaculture production from sea to land would require 33,719 acres, or 159 sq. km of land – equivalent to 28,000 Canadian football fields – to grow fish in appropriate densities in land-based systems.

The central pillar of the anti-fish farm activists in the Pacific Northwest is that ocean based salmon operations threaten wild migrating stocks, hence they should be forced to move on land.

This has been repeatedly proved false by regional, national and global scientists, who have provided voluminous evidence to the contrary.

But the brainwashing of the masses that salmon farming is bad continues unabated with falsehoods to demonise an industry that can actually propel Trudeau’s Green New Deal.

The Liberals have so far shown a preference for the rhetoric of the activists, who have yet to build anything sustainable except for a following to be wielded as a voting-block.

The multi-national High-Level Panel on a Sustainable Oceans Economy (HLP), on which Trudeau sits, has said : “The largest potential (carbon reduction) gains for food production lie in the sustainable expansion of marine aquaculture.”

In BC, the foremost experts in land-based fish rearing are open-net salmon farmers.

Their fish spend more than half their lives in land-based hatcheries before being transferred to a natural ocean environment to grow to market size.

The Trudeau-led Liberals should be listening to BC’s salmon farmers – instead of pandering to the science deficit activism which threatens Canada’s climate future – because they have been growing fish on both land and sea for years and continue do so sustainably.

(Image of PM Justin Trudeau courtesy of Government of Canada) 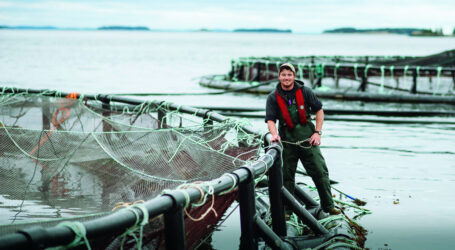 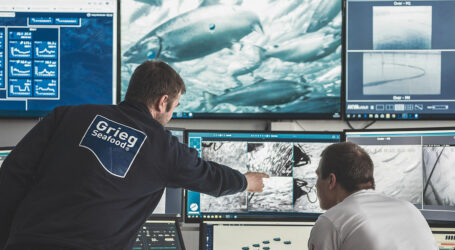 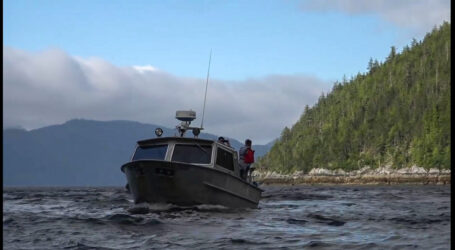