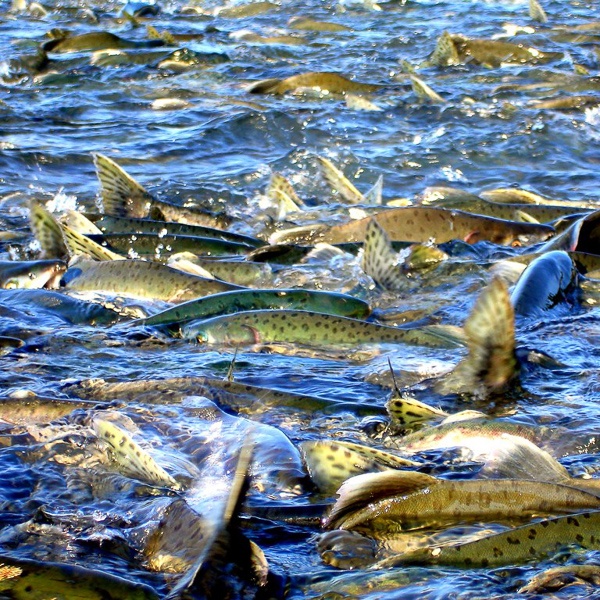 “Growth and survival in North American salmon stocks have been shown to be negatively affected by hatchery-produced pink salmon.” – peer-reviewed study published in Nature Ecology and Evolution

By Craig Medred
Special to SeaWestNews

Global warming and hatcheries pumping billions of salmon into the North Pacific Ocean are combining to change the very nature of Alaska sockeye salmon, according to a peer-reviewed study published in Nature Ecology and Evolution this week.

Warming waters in the lakes of Bristol Bay have boosted plankton productivity and caused young salmon to grow faster than in the past, according to a team of scientists led by Timothy Cline of the University of Michigan.

As a result, more young-sockeye are going to sea as one-year-old fish instead of spending two years in freshwater. Once at sea, however, the young sockeye face increased competition from pink salmon – many of them hatchery fish – for food.

A lack of food delays maturation and forces more sockeye to spend an extra year in the ocean before returning to spawn.

“The positive effects of climate change for earlier migration to the ocean, which may increase population productivity, are largely dampened by longer ocean residence,” the scientists concluded. “The evidence for overcrowding of salmon in the ocean and increased competition for resources has been gaining strength. Hatchery production has increased substantially since 1970, and there is high spatial and trophic overlap between sockeye, pink and chum salmon in the North Pacific.

“Growth and survival in North American salmon stocks have been shown to be negatively affected by hatchery-produced pink salmon.”

What this all means for the future of wild sockeye is unclear, but the study suggests humans are gambling with tens of thousands of years of evolution that allowed sockeye to adapt into various age classes to survive environmental catastrophes.

Human intervention at multiple levels – commercial harvests, hatcheries, and climate change – have combined to alter the shape of a salmon population historically comprised of fish that spend two years in freshwater and two years in the ocean – so-called 2.2s, and a mix of 1.2s, 1.3s, and 2.3s.

“These (human-driven) stressors combine to reduce the size-at-age of fish vulnerable to commercial fisheries and have increasingly favored a single-age class, potentially affecting the age class complexity that stabilizes this highly reliable resource,” the researchers said.

The pink salmon now dominating the Pacific are Alaska’s most common salmon, and the bread-and-butter of the state fishing industry.

The Alaska record harvest of 272 million salmon in 2013 included more than 219 million pinks, or humpies as Alaskans often call the salmon that develop a distinct humpback when ready to spawn.

Hatcheries are a big part of the pink production.

Sockeye, however, remain Alaska’s most valuable salmon. Despite the 2013 bounty of humpies, the Alaska Department of Fish and Game that year reported that the statewide harvest of 29.3 million sockeye “narrowly held onto its position as the most valuable salmon species harvested in Alaska’s commercial salmon fisheries, with a statewide value of $284 million.”

Though the pink harvest was about seven and a half times bigger than the sockeye harvest, it was worth only $277 million.

Most sockeye are caught and sold fresh, or flash frozen for later sale in place of fresh fish. Most pink salmon are canned.

Because many of the pinks now return to Alaska hatcheries, however, they can be caught and handled with great efficiency, lowering overhead for both fishermen and processors.

These things, along with the valuable roe of female pinks, make the fish a solid, economic opportunity in a global market now dominated by farmed salmon.

A McDowell Group study commissioned by the Prince William Sound Aquaculture Corporation in September of last year estimated the value of that region’s ranched fish, primarily pink salmon, at almost $125 million per year.

There is no denying that hatcheries have been a godsend for the remote and wild Sound only about 50 miles southeast of the state’s largest city. A region that averaged a harvest of 3 million fish per year between 1951 and 1979,” now averages about 45 million pinks per year, a 15-fold increase over the historic catch, according to Fish and Game data. The catch hit a record high of 92.6 million in 2013.

A variety of studies have, however, raised questions as to whether what is good for the Sound is good for regions outside the Sound.  The latest study adds to the concerns.

Its findings provide “evidence of negative impacts of hatchery augmentation on wild salmon stocks at the scale of the North Pacific, particularly through interaction with the effects of ongoing climate change in freshwater,” Cline wrote.

The study recognizes warming waters in Alaska lakes has increased salmon productivity, but “the competitive environment for salmon in the North Pacific Ocean has also changed, as the biomass of salmon doubled between 1960 and 2010.

“These key changes in both the abiotic and biotic environment have the potential to shift the dominant life-history strategies of sockeye salmon as they complete their life cycles.”

The U.S. is the North Pacific leader in hatchery production, and Alaska – a state which banned fish farming in favor of ocean ranching – produces more than 90 percent of those fish, according to data compiled by the North Pacific Anadromous Fish Commission.

A 2017 study of the possible long-term effects from the Exxon Valdez Oil Spill first stumbled on evidence that high levels of hatchery pink salmon production in the Sound depressed returns of sockeye salmon to the Copper River.

The latest study is the first to suggest implications for Bristol Bay, the state’s largest sockeye fishery.

The state has defended its private, non-profit hatchery system run by collectives of commercial fishermen.

When the Kenai River Sportfishing Association last year tried to get the Alaska Board of Fisheries to freeze hatchery production at current levels until more is known about salmon interactions in the North Pacific, Bill Templin – the chief scientist for the Alaska Department of Fish and Game – poo-pooed previous studies suggesting hatchery fish might be an issue and argued the North Pacific ecosystem is so complex that it is impossible to ferret out hatchery effects on wild salmon.

“Diversity in age composition plays a key role in reducing variability in salmon runs, with importance for fishers, communities and industry that rely on annual salmon returns,” it warns. “Age structure reduces year-to-year variability in runs to Bristol Bay by 50 percent compared to the scenario if runs were of a single age.

“A diversified age structure reduces cohort resonance, volatile recruitment and other systematic drivers of variation in abundance. In Bristol Bay, increases in the proportion of salmon spending only one year in freshwater and competition in the ocean are favoring the 1.3 life-history type, which has increased in all systems. Climate trends that continue to cause shifts toward shorter freshwater residency and delayed ocean maturation could translate into reduced age structure diversity. In most river systems, where 1.3 was historically dominant, the age structure is already less diverse.”

Alaska has witnessed record, average salmon returns in recent years, but with as yet fully unexplained, annual oscillations.

On a total harvest level, the shifts are being driven by pinks, the smallest and fastest growing of the five-salmon species harvested in Alaska. The pink catch last year was 40 million, less than 20 percent of the 2013 harvest.

Odd-year and even-year pinks are genetically distinct, and Canadian salmon researchers have suggested that a warming Gulf of Alaska may be “benefiting odd-year returning pink salmon more than even-year salmon, especially in the southern part of their range.”

The full influence of pinks on other salmon species is still being debated, but there is growing evidence the North Pacific is enduring significant changes at the hands of man.

Craig Medred is an independent Alaska journalist who has worked out of Fairbanks,  Juneau and Anchorage. 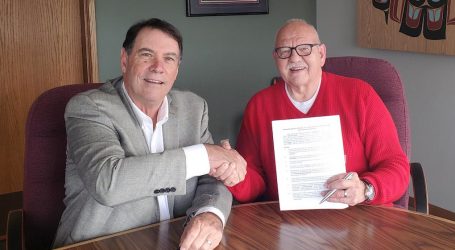 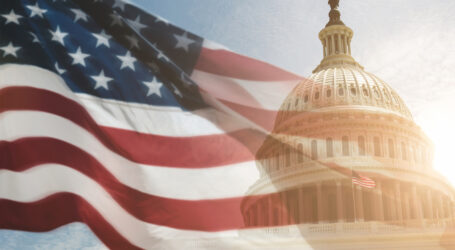 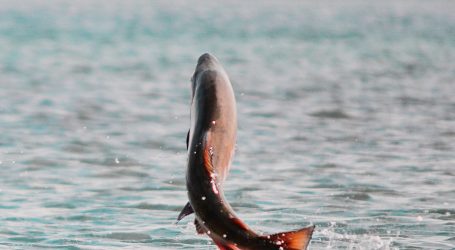