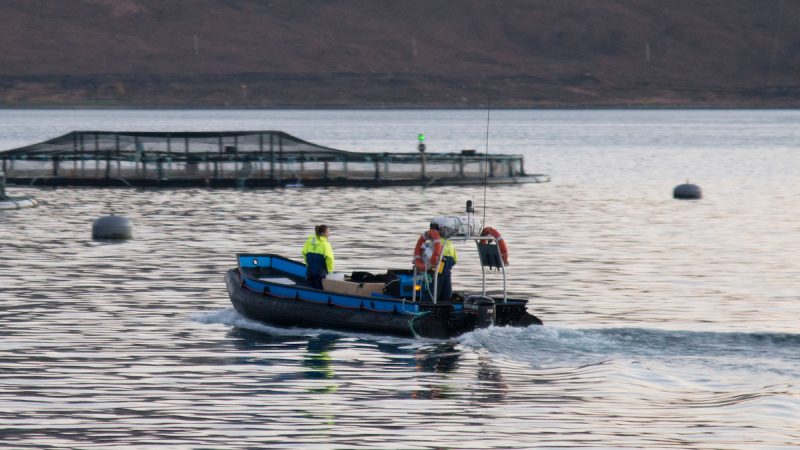 Mowi farm technician Clara McGhee discusses the crucial business of salmon feeding strategies and how this help to ensure a site remains profitable, environmentally sustainable and capable of producing nutritious fish for consumers around the world.

We recently had both a feed delivery and harvest taking place on the same day on Muck. Whilst feed arrived aboard Mowi’s delivery boat, Mikal With, 26,000 salmon left our farm, destined for the shelves of our domestic customers or markets overseas. It is easy to get caught up in the daily jobs needing done on site but this day was a good reminder of what we are ultimately doing: producing a nutritious food product.

What we eat is a personal choice, with many people now becoming more aware of the environmental impact and sustainability credentials of different foods. But all food production comes with some form of environmental cost, whether that be red meat, fish, grains or vegetables. It’s how we manage, mitigate and minimise these impacts that is important, particularly as we try to feed the world amidst a range of challenges including climate change and declining natural resources.

We have come close to using all of our agricultural land worldwide and yet we need to produce more food for a growing population, predicted to reach 9.4 billion by 2050. To me, aquaculture is a no-brainer. The oceans cover 70 percent of our planet and we must farm them sustainably if we hope to achieve global food security.

A recent programme on BBC Alba highlighted the diversity of the Scottish aquaculture sector – looking at mussels, oysters, halibut, seaweed and Atlantic salmon. The latter continues to dominate the sector in Scotland, with the industry producing 189,707 tonnes in 2017 and generating more than £1 billion for the UK economy.

But in general, we have become detached from our food system and often have a very limited understanding of where our food comes from. This month I wanted to shed some light on how we produce the salmon that make it onto your dinner plate, as well as why I think aquaculture plays an important role in global food production.

Farm-raised salmon start their lives as eggs in freshwater hatcheries. When they hatch, they are born with a yolk sac full of nutrients that sustains them for about the first month of life until they are able to feed independently. Some of Mowi’s salmon remain in the hatchery for the entirety of their juvenile freshwater life, with our recirculation units at Lochailort and Inchmore accommodating this in Scotland. Others are transferred to freshwater loch sites where they continue to grow into parr.

As part of their natural life cycle, salmon undergo a process called smoltification, which in the wild enables them to leave the freshwater river in which they were born and travel out to sea. After a year in freshwater, when farm-raised smolts reach about 100g, they are transferred to seawater sites, mimicking the journey they would make in the wild.

Our smolts arrived out on Muck in July 2018 and we have been growing them for just over a year now. Whilst a lot of care and effort goes into looking after salmon during their time at our seawater sites (discussed previously here), one of the main jobs is feeding them. Paying careful attention to what and how they are fed is not only important for the health and welfare of the salmon throughout their different life stages, but also ensures that the end product is a nutritious food product for human consumption.

Farm-raised salmon are fed pellets, now being produced at Mowi’s new, state-of-the-art feed factory at Kyleakin, which opened earlier this year. Feed ingredients are carefully sourced from around the world to create the perfect pellet. Being an efficient protein converter and good source of Omega-3, a farm-raised salmon’s diet is predominately made from proteins and lipids (as it would be in the wild) with a small amount of carbohydrate to help with pellet binding.

Across the industry there has been a concerted effort to reduce dependence on fishmeal and fish oil as feed ingredients, instead making greater use of alternative protein and lipid sources, including soy proteins and vegetable oils. Furthermore, a growing proportion of the fishmeal still used is being sourced from the offcuts and trimmings of fish fillets, thus reducing food waste. There is also ongoing research into the development of novel protein sources including insects that could contribute to aquaculture feeds in the future.

But it’s not just what’s in it that counts; it’s also how it’s made. Physical characteristics such as size, stability in water, shelf life and ability to sink at the right rate are also important when feeding fish. Formulating and creating aquaculture feed is a science in itself.

On Muck, our feed arrives by boat and is stored in six silos on our barge, each with a capacity of 60 tonnes. From here, the pellets are blown along a network of feed pipes to each of the pens where a spinner disperses it. A combination of software and cameras allow us to feed in the most efficient and environmentally sensitive way. Every pen is fitted with a surface and subsurface camera, letting us watch the pellets falling on the water as well as the fish eating them below. We can then increase or decrease the rate at which each pen is fed, depending on the uptake of feed. At the moment, we are feeding all of our salmon twice a day and this takes up a large part of each day for one member of staff.

Farm-raised salmon are ongrown at sea for 12 to 18 months. We have already harvested some of our salmon on Muck but will continue to feed and grow fish over the coming months, with further harvests spread across this time. When harvesting, the biggest salmon are taken, leaving the smaller ones behind for further ongrowing. Not only does this help meet market demand throughout the year, but it allows us to reduce our biomass on site to comply with environmental licensing and regulation, and to ensure the salmon have adequate space to grow and feed within the pens.

One of the negative images of the salmon farming industry that’s often portrayed is that vast quantities of waste feed land on the seabed. But from what I have seen, this isn’t the case. To put things into context, a 1 tonne bag of salmon feed costs roughly £1,000. And when a farm reaches peak biomass, it could be feeding its fish upwards of 30 tonnes per day, costing £30,000 or more. That’s £210,000 a week on feed costs alone. Feed is therefore the biggest expense for any salmon farm.

Like any farming business, our aim is to grow our salmon to market size as quickly as possible, using the least amount of feed. The feed conversion ratio (FCR) for salmon is one of the lowest in animal protein production, with Mowi achieving an average FCR of 1.14 in 2018 (meaning a fish is fed around 1.14kg of feed to grow 1kg). In comparison, other popular farmed meats have higher FCRs, with academic literature citing 1.7-2.0 for chicken, 2.7-5.0 for pork and 6.0-10.0 for beef cattle.

I have done a fair bit of feeding over the past few months and it is a pretty stressful and, at times, frustrating job. Not only are your responsible for a huge part of the farm’s budget, you are accountable for feeding your fish in a way to achieve the best growth rates. And just when you think you’ve come to understand your fishes’ behaviour patterns, they’ll throw you a curve ball on a day when they eat entirely differently. But I suppose that is the joy of farming animals.

Inevitably, some feed will pass through our nets but for people to think that we allow pellets to just fall to the seabed is simply incorrect. It would be counterproductive to everything we are trying to achieve, it would be detrimental to the profit of our site and it would be damaging to the environment on which we depend for growing our fish.

So the next time you pick up some salmon fillets at the supermarket, I hope you will see them as more than a quick and easy dinner option. I hope you will also see the time, effort and care that goes into producing salmon; the 12-hour days, 365 days a year; the innovation and technology; the sustainability benefits; the beautiful environment in which they are grown; and an end product that Scotland can be proud of.

Clara McGhee (pictured above) graduated from the Institute of Aquaculture with an MSc in Sustainable Aquaculture in August 2018 and in September joined Mowi as a farm technician on the Isle of Muck. “This article was originally published on The Fish Site as part of their Notes from a Small Island series”. 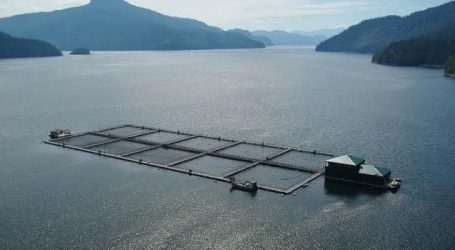 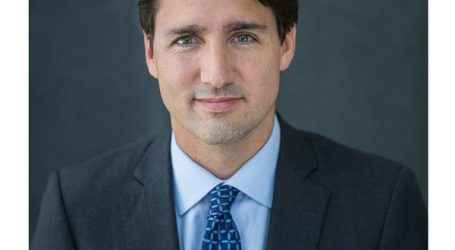 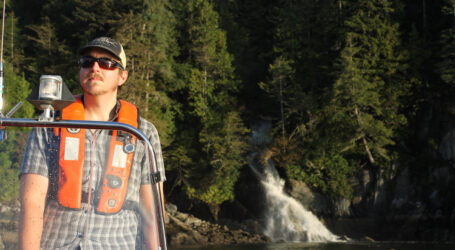