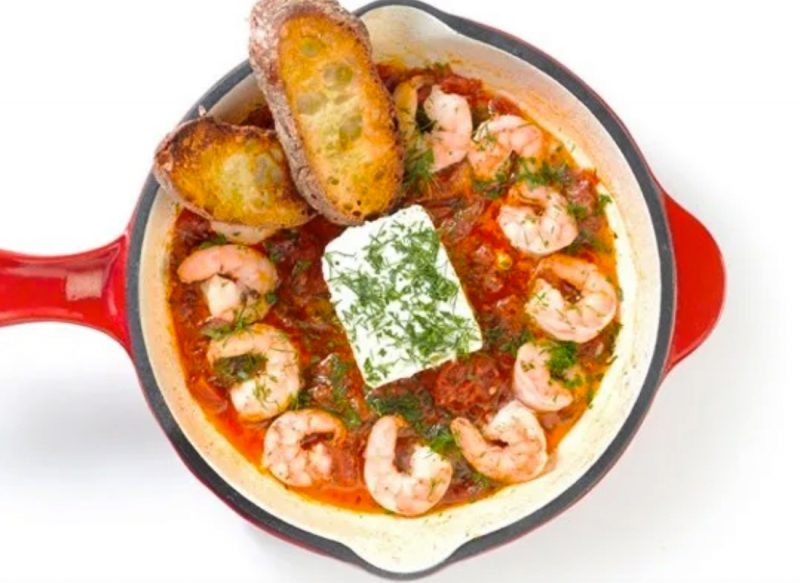 Shrimp saganaki is light and healthy and super easy to make. Clean eating 2020 has now begun.

Saganaki, a traditional Greek preparation named after the pan in which it’s prepared, is best served straight from the skillet, with plenty of toasted bread for scooping up the savoury tomato sauce. If you can find them, wild American shrimp and high-quality Greek feta really make this dish special.

You can find fresh shrimp or prawns at the fish monger in Granville Island market. This is fantastic during Spot Prawns season too. 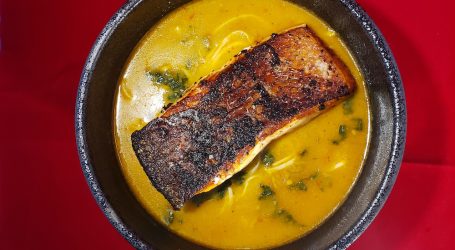 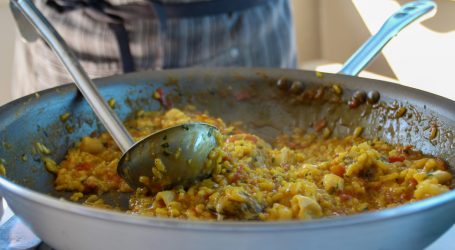 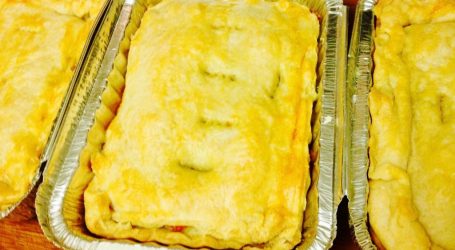