“If people wish to continue consuming the healthy proteins and omega oils found in salmon, the reality is that those salmon will have to be farmed, and farmed in the ocean, in their natural environment”

The aquaculture Industry has been under intense criticism in the media. My observation is that since the proposal of the Grieg Aquaculture sites in Placentia Bay there has been a back-and-forth tug of war.

Almost all of the 2 million tonnes of delicious Atlantic salmon that we consume on Earth is farmed, unless it is angled or caught as bycatch. If people wish to continue consuming the healthy proteins and omega oils found in salmon, the reality is that those salmon will have to be farmed, and farmed in the ocean, in their natural environment.

It is also true that salmon farmers are aware that they require clean and healthy oceans to produce this healthy food, and they want to protect it. They are environmentalists at heart and in practice. Any money made by farming fish is heavily influenced by the environment they are grown in, so farmers are highly incentivized to keep the salmon and waters as clean and healthy as possible.

The proposed aquaculture sites in Placentia Bay have been met with strong opposition by some critics and the aquaculture companies appear to be co-operative to the regulatory and social needs of the people. Some critics believe that the larger companies of Grieg Aquaculture and Marine Harvest, for example, are only coming to Newfoundland to conquer more land, due to lax regulations and ease of setup. If these companies were intending to avoid regulations and make a quick dollar, Newfoundland is not the place they would have come to. Canada (and especially Newfoundland) is known for having a very strict, and difficult set of environmental regulations that make it difficult for proponents of potential aquaculture operations (up to 70 pieces or more of regulation, mostly related to environmental protection, human health and safety, and food safety). That is at it should be — governments to have strict regulations to protect the environment and the people.

Environmental groups such as the Atlantic Salmon Federation or other angler groups will not rest until there are no aquaculture sites left in the water, and with the current cost of electricity in Newfoundland, that is not likely to happen. These groups suggest the only safe way to farm salmon is on land, but the environmental and operating costs of keeping fish out of their natural environment, on land (through use of pumps, filtration, waste disposal, health management, etc.) still outweigh the costs of production, except for very small volumes in very niche markets. This will not contribute to rural renewal or sustainability in any way, shape or form.

Essentially, it is not sustainable financially, socially or environmentally to produce Atlantic salmon in land-based systems at volumes that that would be required to feed the existing market demand for farmed seafood. After all, I don’t think anyone would suggest that cows be grown in bubbles in the ocean to prevent pollution and deforestation of the land, so why would we do so for Atlantic salmon grown in their natural environment in the ocean?

Originally published in The Southern Gazette

Fish farming regulations are stringent in BC, Canada 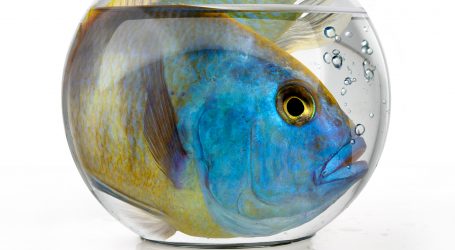