We don’t need any green college fund babies telling us what to do in our territories says Calvin Helin, a multi-award winning author, international speaker, entrepreneur and lawyer

A leading authority on economic independence for First Nations says a tide of anger is building against the “puppets and props” used by eco-militants to stop resource projects on traditional territories.

In an interview with ResourceWorksTV, Calvin Helin, a multi-award winning author, international speaker, entrepreneur and lawyer said First Nations chiefs are now starting to see the impact of the underhanded tactics by certain people in local communities, who have been paid by environmental groups to act as spokespersons.

“What the chiefs are starting to see a lot now is that there is a lot of underhanded tactics and where certain people are paid in communities and they are used as spokespersons,” said Helin, the son of a hereditary chief from the Tsimshian Nation on BC’s north coast with over 1.6 million followers on his Twitter feed.

“Essentially (they are) puppets and props for environmental groups to kill resource development,” Helin, said in the interview, which can be viewed on the video below.

“It’s outrageous and people should be upset about that…the chiefs are and they are going to do something about that,” he said.

A seven-time bestseller, Helin’s first book, Dances with Dependency: Out of Poverty through Self-Reliance, was based on his own experiences, and written to help eradicate the kind of poverty he faced as a child.

The landmark guide provided a blueprint to help Native American populations break free from “the welfare trap” of government dependence.

Helin also took issue with the eco-groups funded and controlled by American interests opposing resource and energy projects in BC.

“The other thing that’s really ticked everybody off is to have these tactics of exaggerating the impacts of projects and then flying in celebrities who know nothing about their territories to tell them what they are going to do in their traditional territories,” he said.

“In my case, our people have looked after our traditional territories for over 13,000 years…well enough of that…we don’t need any green college fund babies telling us what to do in our territory…the people have been there for thousands of years, they have looked after the territory,” said Helin on the sidelines of the Association of Mineral Exploration conference in Vancouver last week.

“We can’t afford to have a one-dimensional kind of approach to development that is characteristic of an environmental NGO,” he said.

“I mean the environmental agenda is trumping everybody’s rights and they have no legal standing and certainly no constitutional standing like indigenous people do,” said Helin, who has been widely featured by national newspapers, radio and television addressing rising poverty and unemployment rates among Native American populations.

“The cost of stalling responsible rural development is measured in broken lives, and we cannot in 2018 stand idly by,” said Stewart Muir, executive producer of ResourceWorksTV.

“Since sharing this interview, we’ve been overwhelmed by the response. Calvin Helin is a Canadian hero.”

In addition to opposing energy projects, the tactic of using celebrities to attract media attention has been part of the agenda of the anti-fish farming forces on the coast of British Columbia.

But as veteran BC columnist Tom Fletcher points out in the article on The Columbia Valley Pioneer (link below) the tide is finally turning  after more than a decade of U.S.-funded attacks targeted exclusively on B.C.’s salmon farm industry.

Salmon farming has a total economic impact of more than $1.1-billion in British Columbia and accounts for more than 5,000 total jobs. Salmon farmers here work closely with coastal First Nations with 20 social and economic agreements in place. About 78% of the B.C. harvest is from farms covered under First Nation Agreements. 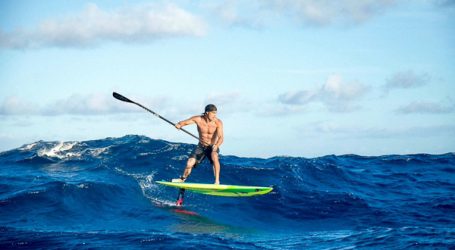 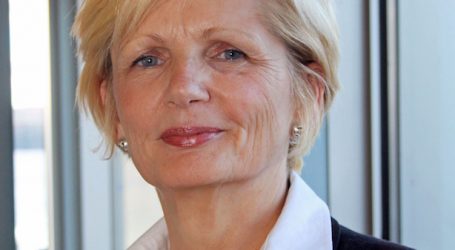