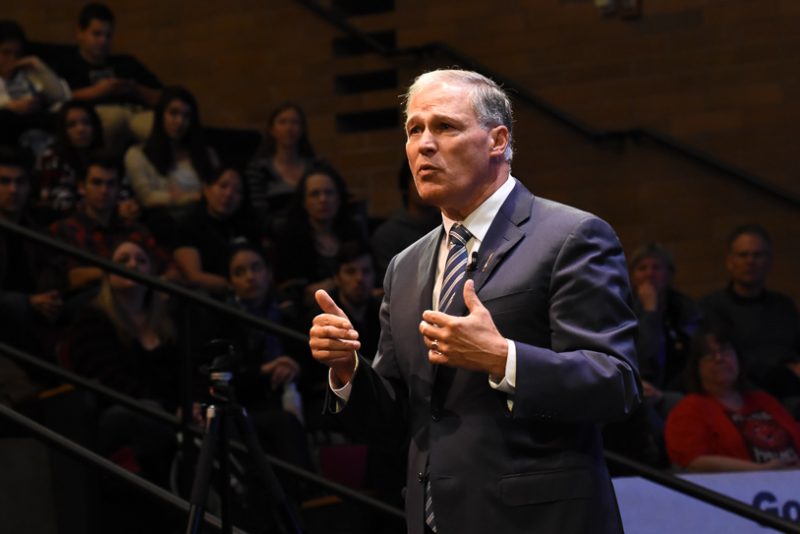 Washington-based fish farmers are calling on their lawmakers to vote down any bans on the farming of Atlantic salmon in state waters and are urging them to base their decision on facts rather than anti-farming propaganda.

Those in the fish farming industry are also questioning the motive of the proposed ban saying legislators have never sought such punitive actions against U.S.-based companies or industries in the past after pipeline explosions, refinery accidents, oil spills or floods of raw sewage.

“Given the significant importance of the aquaculture industry to Washington’s rural communities, lawmakers must ensure that both science and economic benefit are front and center,” said Dan Swecker, WFGA’s Executive Director.

Swecker, a former state senator from Rochester, and one of the pioneers in salmon aquaculture in Washington, urged members of the Senate Natural Resources Committee at a February 19 hearing in Olympia to vote to oppose the Atlantic salmon ban, and to base their decision on facts rather than anti-farming propaganda and misinformation.

Washington State Senate Bill 6086 aims to protect the state’s waters from the release of non-native finfish from marine finfish aquaculture sites. It passed through the state Senate with the backing of Gov. Jay Inslee (pictured) and is in the House Committee on Agriculture and Natural Resources.
The move was triggered after tens of thousands of Atlantic salmon escaped the Cooke Aquaculture’s Cypress Island net pen after the structure collapsed last August.

Swecker said lawmakers need to understand the significant benefit to the state’s economy from the aquaculture sector, a key point aligned with Mary Catherine McAleer of the Association of Washington Business (AWB), who told legislators to consider the impact of these family wage rural jobs in high poverty areas before they cast a vote to ban the farming of Atlantic salmon.

For example, Cooke Aquaculture Pacific has 80 full time sea farming employees and 100 full time employees on harvesting boats and processing plants through contracts or agreements with local businesses. Another 424 full time employees in local businesses would not exist if it weren’t for being supported indirectly by Cooke’s Washington operations. Those jobs are in equipment supply, vessel maintenance, water/air/ground transportation services, shipping, trades people, professional engineers, scuba divers, fish health specialists, and environmental consulting and monitoring. All of these rural jobs are supporting families and local entrepreneurs across the state in small communities, a WFGA statement said.

“Today, the world salmon farming industry produces fish worth billions of dollars and employs tens of thousands of rural workers,” said Swecker, pointing out that countries such as Norway, Chile, Scotland, and Canada have created multi-billion-dollar industries that offer both family-wage jobs and economic benefit where the salmon are produced.

“Lawmakers must recognize that they are going to lose out on being a major player in this emerging sustainable industry. We should continue to produce our food locally, create local jobs and wrap our arms around family-owned businesses like Cooke who want to continue investing here,” he added.

“If the state eliminates salmon aquaculture from Washington, it will do irreparable harm to our reputation as a good place to do business, whether for US entrepreneurs or foreign direct investment. Passing a ban will not only send the wrong signals to those seeking to do business here, but it will also be an embarrassment to the state’s reputation globally,” added Swecker.

Swecker cited the advantages of growing Atlantic salmon in saltwater net pens and debunked many of the myths being circulated by farming opponents. He noted many proven science facts that have also been reinforced by the Washington Department of Fish and Wildlife (WDFW), including;

i) Atlantic salmon do not inter-breed with Pacific salmon; ii) Scientists have never observed any Atlantic salmon escapees spawning on the West Coast of North America;
iii) If Atlantic salmon escape from net pens, they do not eat other fish or their natural foods. When their stomachs are examined, they are empty and they perish;
iv) Salmon are raised in a disease-free quarantined hatchery, vaccinated against saltwater diseases, and certified disease-free before they are shipped to net pens;
v) No example of the transfer of disease from farmed salmon to wild fish has ever been documented by a regulatory agency in Washington.

“To be clear, any ban on Atlantic salmon farming (in Washington waters) will be based purely on emotion and ideology, not science,” said Joel Richardson, vice president of public relations for Cooke Aquaculture Pacific.

Richardson said the response of state lawmakers and other officials seeking to outlaw farmed Atlantic salmon in Washington waters is disproportional to the actual impact of the August incident, as well as being discriminatory against a foreign company.

“Their punitive response, frankly, does not reflect the values or reality of an economy dependent on agriculture, marine- and natural resource-based industries,” said Richardson. “This response is also discriminatory against Cooke, a Canadian company. We note that the Legislature did not seek bans of U.S.-based companies or industries in the past after pipeline explosions, refinery accidents, oil spills or floods of raw sewage. Unlike those accidents involving domestic companies or agencies, not one human was injured and not a single wild-fish was killed by the accident occurring at the company’s Cypress facility. “

Richardson added the difference in how Cooke is being treated is legally significant. 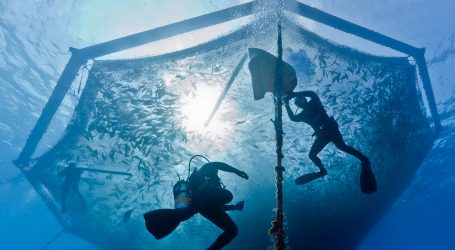 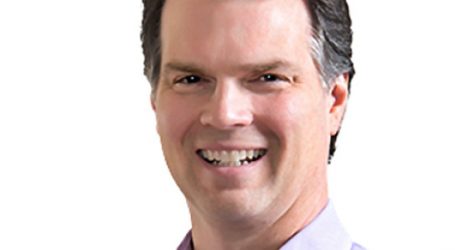 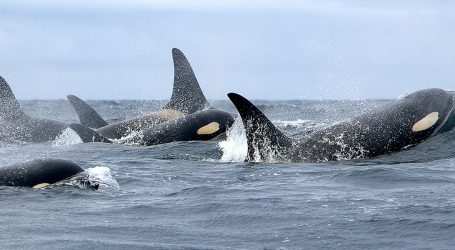