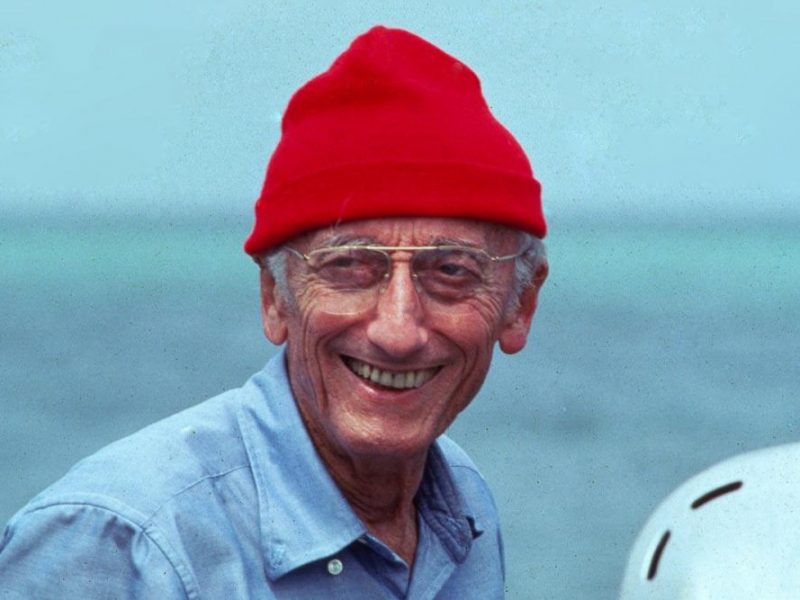 Peter Drucker, the management expert, economist and Nobel laureate, is quoted as saying: “Aquaculture, not the internet, represents the most promising investment opportunity of the 21st Century.”

However, for myself, and many of my colleagues and clients, the attractive business aspect of private aquaculture was not the primary impetus for getting involved. Most of us entered this field with some sense of nobility.

We were on the leading edge of the “blue wave” – helping to transform the aquatic ecosystems from a hunting and gathering mode to an agrarian one, much like our ancestors did on land, millennia ago. Aquaculture was the answer to conserving the aquatic ecosystems. As the famous explorer and ocean conservation popularizer had written:

“Man has become by far the greatest predator of all time. As populations mount and land grown food supplies are unable to feed the growing numbers of hungry, man is turning more and more to the sea for his food. On land man has slowly learned to conserve the soil lest it stop producing crops. But on the ocean, man is a hunter only. He takes but returns little. If the bounty of the sea is not to be exhausted, man must learn to farm it as he farms the land, by sowing as well as reaping.” Jacques Cousteau, 1973. (pictured)

And, “In his exploitation of the sea man is still a barbarian, a ruthless hunter slaughtering whole species of animals without heeding the consequences. With earth’s burgeoning human populations to feed we must turn to the sea with new understanding and new technology. We need to farm it as we farm the land. This is called mariculture. It has just begun. … with properly managing limited bodies of water. In such controlled volumes the ideal conditions can be maintained all year and by ensuring fertilization and protecting the larvae from predators, incredibly high yields can be obtained from a number of protein-rich populations. High efficiency sea farms totalling the size of Switzerland would produce more food than all fisheries combined.” Jacques Cousteau, 1973.

And, some years later, “In the past 10,000 years we have learned to irrigate, fertilize, and develop hardy breeds of grain and stock. An acre of land, scientifically farmed, is far more useful in human terms than an agriculturally idle one. Yet thousands of years after we abandoned hunting on land as an efficient method of obtaining food, we continue to pursue the creatures of the sea with the attitudes of cavemen. Ocean farming – mariculture – can protect the natural stock in the sea as well as vastly supplement our food supply.” Jacques Cousteau, 1979

The promise of aquaculture

We were excited to be a part of this transformative vision, convinced that we were helping to pioneer a righteous cause. We were buoyed up by continued findings of how environmentally benign our activities were, and how efficient our production was compared to traditional terrestrial animals. With fish being “cold-blooded” and not having to support themselves against gravity, conversion of feed to flesh was markedly more efficient than any and all traditional farm animals. In the age of “carbon foot print” consciousness, fish outperformed other sources of meat production.

Along the way, however, something happened to the promise of aquaculture – especially in the U.S. – which most of us didn’t anticipate. In hindsight, we should have seen this coming in concert with the success of aquaculture: that it wouldn’t always be welcomed as a supplementary seafood supply.

For example, Atlantic salmon farming was pure competition to the century-old monopoly of salmon fishing in the Pacific Northwest of North America – something to be fought and not welcomed, as it had the potential to impact prices and status quo values. Initially, the competition did drastically affect prices that fishermen received for their catch and it was viewed as threatening to a way of life.

Feeling the sting in the late 1980’s, Alaska had made fish farming illegal in the State. With farmed salmon from the rapidly expanding industries of Norway and Chile flooding the market, from 1998 to 2002, the salmon fishing industry shrank from $400 million to $130 million.

This caused severe hardships in fishing communities up and down the Coast, especially in Alaska, and $50 million in funding was garnered by Governor Frank Murkowski on April 21, 2003, with headlines reporting: “Wild Alaska spends $50 million to beat farmed salmon.”

These funds went to cover individual fishermen and their families, municipalities with drops in raw fish taxes, economic development projects, and a multi-year, intensive marketing program.

The marketing program was well thought out and strategized

In a letter of explanation Ray Riutta, the Executive Director of the Alaska Seafood Marketing Institute, explained this strategy of why they didn’t come right out and attack farmed salmon: “… direct attack ads by people with similar products generally do not work … they are seen as self-serving and lack credibility with the general public … it is far more credible to leave the attack to third parties, such as environmental groups and newspaper columnists … we will emphasize the many good things (purity, health benefits, environmentally friendly, sustainable runs, small family businesses) about our fish and leave it to others to emphasize the bad things about farmed fish.”

In fact Vivian Krause, an ex-salmon farmer in British Columbia, through some investigative reporting, uncovered that from 2003 to 2013 over $250 million was donated to the anti-fish farming campaign (primarily on the West Coast of NA).

Although one has to have sympathy for those in the Alaskan salmon fishing industry struggling to adjust to the new player, there is irony in the fact that most of it is only sustainable through sea ranching and farming the early life cycle – with technology developed and honed from the international Atlantic salmon farming sector.

Some 90% of all wild salmon in Washington State and more than 45% of those in Alaska come from stock enhancement hatcheries. Furthermore, the potential impacts and resources required on the ecosystem of all the hatchery-reared Pacific salmon released to grow and compete for resources in the wild, are certainly not made as prominent as alleged environmental impacts of net pen Atlantic salmon. In terms of wild salmon interactions, ranched Pacifics have genetics and disease susceptibilities similar to those of the truly wild salmon.

Finally, the act of having to expend energy and resources, and the ecological costs of hunting and gathering, should be considered in any discussion on farmed salmon impacts, including the costs to the public of funding the government stock enhancement facilities. Costs and benefits to society, and the ecosystems, of wild salmon ranching and net pen egg-to-fork farming should be put alongside each other for any discussion to be fair.

But back to Cousteau. Many of us who initially got into marine biology and ecology because of the romance, soon learned that science could be more slogging than “frolicking.”

No one would accuse Cousteau of being a scientist, but he did popularize the oceans and raise awareness. However, studying the complex and noisy multivariate aquatic ecosystems is challenging and can be outright frustrating. Even within the general scientific community, the complexity of the world’s ecosystems arguably has made rigorous scientific investigations and conclusions regarding our planet’s ecological health equivocal.

Hypotheses are extremely difficult to test, and the variable noise and multivariate and stochastic nature of the environment often make room for different interpretations amongst experts.

This fuzz is ripe for exploitation and fear-mongering by those with nefarious purposes, especially as the scientific literacy of our society seems to be in decline. This certainly has been the case with the movement to de-market salmon farming. The junk science that has been performed and disseminated has been astounding.

Again, to review: true science formulates a hypothetical theory about something in nature and endeavors to test it, shoot it down, and invite others to do the same. Then and only then, is it considered valid (for now) – always with the specter that this model of reality may be eventually proven wrong.

Pseudo-science has more of a barrister-type feel. A “Pseudo-scientist” (many activists) generates a hypothetical theory to suit their cause, often ignoring, suppressing and dismissing past or current research that doesn’t support their theories. They get protective of this theory and discourage others from trying to duplicate their “research,” often launching personal attacks on those that voice contradictory information.

There are many examples of the media and NGO’s successfully supporting and promulgating “junk science with an agenda” against North American salmon farming. Unfortunately, this has had a bit of a halo-effect on all of farmed fish – especially in the U.S. Pacific Northwest. In some circles aquaculture is getting the bizarre connotation of being a threat to conserving the aquatic ecosystems, instead of the solution. On the food wholesomeness side, farmed fish sometimes gets the position of a second-rate product to many.

A deliberate misuse of science

One of the most outlandish pieces of bad science to come out which was clearly aimed at denigrating the wholesomeness of farmed salmon precipitated headlines such as: “Study in Science shows PCB levels in farmed salmon 10X higher than wild salmon” (Hites, et. 2004). The bias exhibited by this paper was so astounding that this writer has used it to illustrate to students how peer-reviewed does not mean “gospel” and how pseudo-science masquerading as science can be flagrantly misused. In short, the PCB values in the paper for the farmed salmon sampled were not different and in accordance with historical levels of both farmed and wild salmon from previous research. All levels were orders of magnitude under the level set by the FDA (not referenced in the Hites paper).

This paper’s wild salmon levels were extraordinarily low because the authors biased the samples to include a disproportionate amount of returning pink and chum from Northern Alaska – lower in PCB’s because of their lower fat content and more planktivorous diet than wild Chinook and Coho. Other aspects of how the paper was written and presented showed a clear bias against farmed salmon.

The media blitz accompanying this “Note” was also curious.

Most of the above allegations were either untrue or portrayed inaccurately and/or sensationally, and never with any suggestion of a reasonable solution. This suggests that the agenda is not to “fix” or improve any perceived deficiency, but to end practices altogether for ulterior motives. Currently, a bill has passed both the Washington State House and Senate to end current net pen Atlantic salmon production in State waters.

All these familiar allegations were repeated by opponents with little scientific rigor. When all were dismissed, and there appeared to be no rational reason for the prohibitive bill, the final ruling invoked a non-scientific rationale of operator negligence. During the hearings for this and similar bills introduced around the same time, some of the most egregious junk science with an agenda brought up involves accusations of the danger

Hugh Mitchell, MSc, DVM is an aquaculture veterinarian with more than 25 years of experience, who provides services and fish health tools to fish farmers across the US and Canada. His practice is AquaTactics Fish Health, out of Kirkland, Washington, specializing in bringing a comprehensive professional service/product package to aquaculture, including: vaccine solutions and immune stimulants. 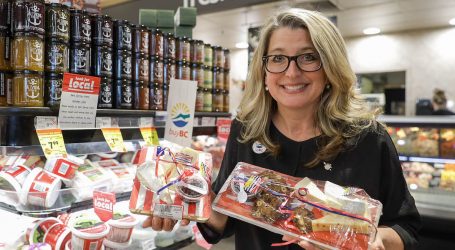 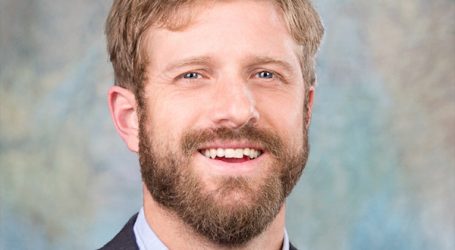